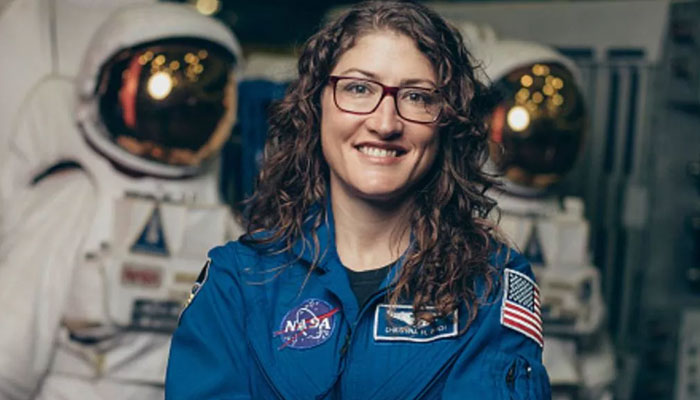 NASA’s astronaut Christina Koch has made a safe return to Earth on Thursday and she has shattered the spaceflight record for female astronauts with her stay of almost 11 months aboard the International Space Station.

Koch along with Alexander Skvortsov of the Russian space agency and Luca Parmitano of the European Space Agency, touched down at 09:12 GMT on the Kazakh steppe after 328 days in space. A video footage of the landing site from Roscosmos space agency clearly shows her being seated and smiling broadly after being extracted from the Soyuz descent module.

Koch who blasted off on March 14, 2019, said in a statement, “I am so overwhelmed and happy right now.” While Parmitano allegedly pumped his fists in the air after being lifted into his chair and Skvortsov was shown eating an apple.

The 41-year-old Michigan-born engineer, Koch, on 28 December last year beat the previous record for a single spaceflight by a woman of 289 days, which was set by NASA veteran Peggy Whitson in 2016-17.

After surpassing the record of three-time flyer Whitson, now 60, Koch called Whitson her heroine and a “mentor” in the space programme.

Also, she told about her desire to “inspire the next generation of explorers.”

Koch also said that she would “miss microgravity”. Further she added, “It’s really fun to be in a place where you can just bounce around between the ceiling and the floor whenever you want.”

Now she will be heading to NASA headquarters in Houston, via the Kazakh city of Karaganda and Cologne in Germany, where she will be undergoing medical testing. Her medical data will be especially important to NASA scientists as the agency is planning a long-duration manned mission to Mars.

Koch’s return comes just after an ad for a skincare brand that ran during an intermission in the American football Super Bowl with a call to “make space for women”.

COVID-19’s Psychological Lessons to the Globe

How to Deal With Poor Health