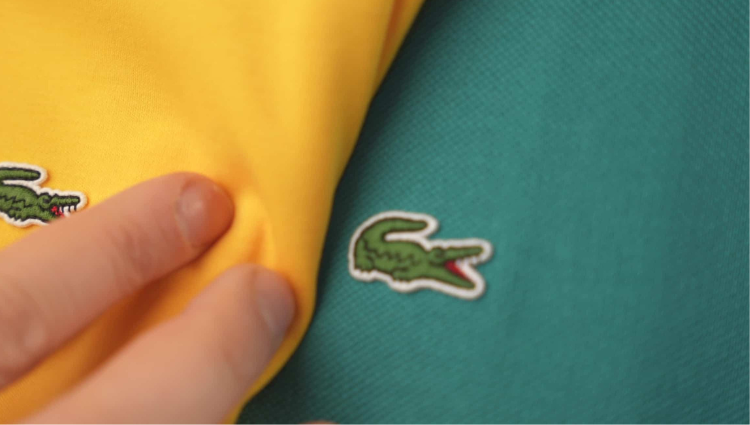 French fashion label Lacoste has signed on three Olympic athletes as its new brand ambassadors: water polo player Ashleigh Johnson from the USA, shooter Ruth Mwandumba from UK and German gymnast Marcel Nguyen. These athletes have signed a partnership with the brand that will last until 2025.

The partnership is aimed to reaffirm the brand’s link with the Olympic Games and the Paralympics, and the new brand ambassadors have been chosen for their elegance, style and spirit in sports and outside their chosen fields. The brand wants to use these athletes as examples of their dedication, tenacity and innovation.

Johnson, who is considered by many to be the best water polo goalkeeper in the world, is a three-time world champion and two-time Olympic gold medallist (Rio 2016 and Tokyo 2020) who is aiming to win her third consecutive title in Paris 2024. Lacoste commented in a press release that “The new ‘Crocodiles’, with different backgrounds and origins, all have in common that elegance of style and spirit which they apply both in their sports and outside their chosen fields. The daring tenacity that pushes them to innovate and change their game is also a common denominator that they share with all the other sporting and cultural ‘Crocodiles’ of the brand.”

The 25-year-old British shooter, Ruth Mwandumba, is the best female shooter in the country and, like Johnson, is investing in her sport to change the way women are viewed in it. Mwandumba said, “As much as I enjoy winning medals, there is a lot more to my athlete journey than that. A huge part of my ‘personal brand’ is centred around increasing diversity and inclusion within sports in which there aren’t many underrepresented groups of people. Therefore, it means so much to me to be partnering with a brand that understands my values and vision, and who are rooting for my success both on the range and off.”

The 35-year-old German gymnast Marcel Nguyen became Olympic silver medallist in the all-around and on parallel bars in 2012 and introduced a new movement in an official competition four years later in Rio. Lacoste said that “This inventiveness has earned him a permanent association with the parallel bars that bear his name. A beautiful mark of his passage in world gymnastics which will be transmitted to future generations of gymnasts.”

“The partnership with Lacoste is a great honour for me. I’ve always been a big fan of the brand. I’m really looking forward to working together and I hope to inspire many more people to love Lacoste,” stated Nguyen.

In March of 2022, Lacoste had announced Venus Williams as its global brand ambassador and teamed up a month later with quadri-amputee swimmer Théo Curin to create the very first collection bearing the name of a handisport athlete, intended for both people with and without disabilities. This collection is part of Lacoste’s ongoing commitment to celebrate and support athletes from all backgrounds and abilities.