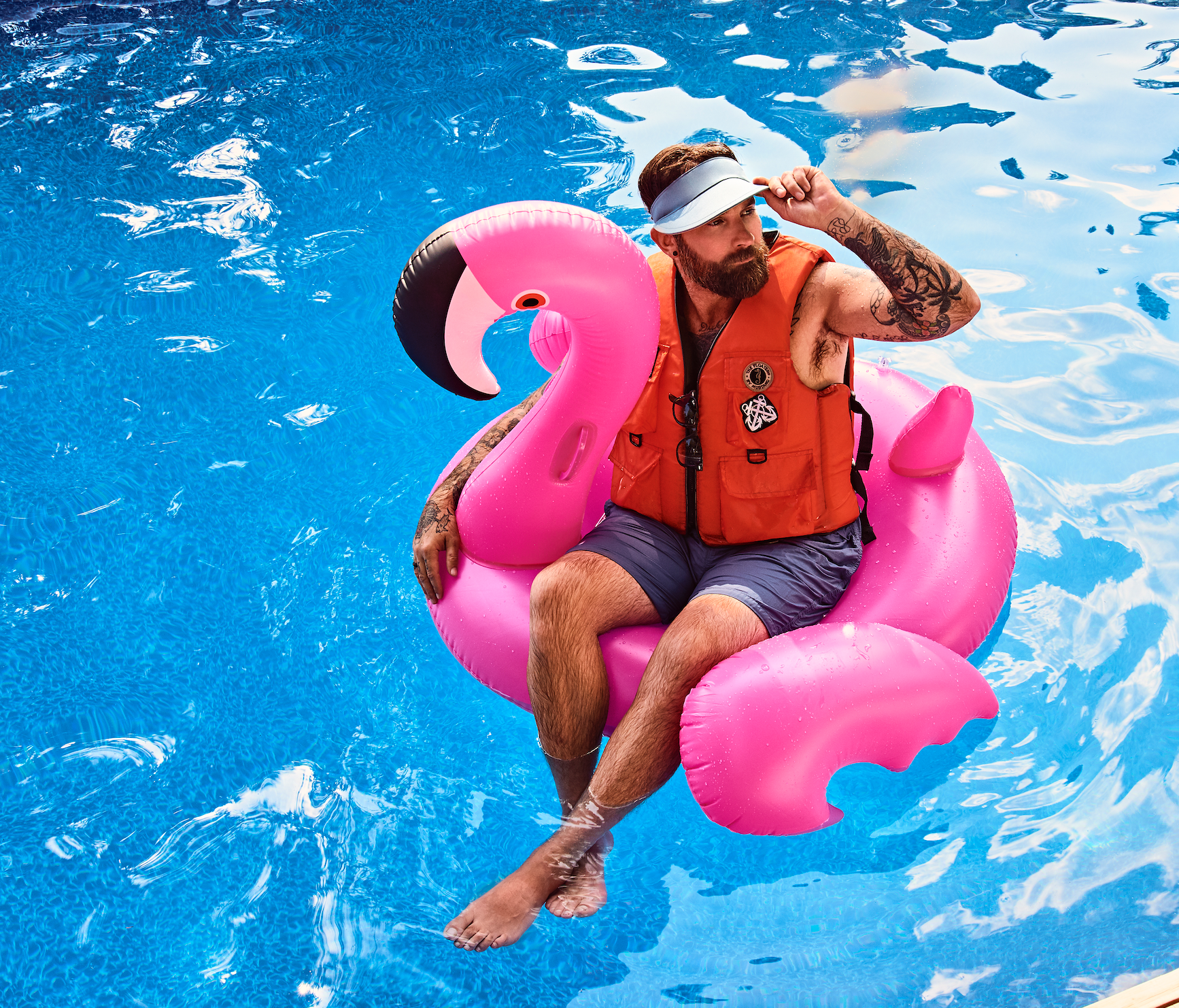 Simon Ward’s musical monogram is marked by his knack for camouflaging a downhearted song within a cleverly constructed poppy tune.  Oftentimes, listeners will be singing at the top of their lungs and dancing along, when they suddenly realize the rawness that courses through the lyrics, making the music all that more relatable.  In his day job as principal songwriter and frontman of The Strumbellas, Simon, along with the five other members on stage, engulf sad songs with big, glorious sounds.

Ward’s cut deep to-the-bone realism is evident in every song he pens.  He openly, and with great abandon, espouses what so many of us aren’t able to say out loud.  In particular, the song, Spirits, that plucked his band, The Strumbellas, from middle of nowhere obscurity and placed them on the world stage, clearly struck a chord.  It’s honest ambling through an unsettled mind that led, and continues to lead, thousands of people to confess to Ward how he spoke directly to their pain and comforted them.  Exercising the demons through song is evident in so many of his songs over the four full length albums the band has created, including crowd favourites We Don’t Know, Salvation, and their latest, Greatest Enemy.  It’s earned him Juno Awards, gold and platinum records, number one radio hits, festival plays and late night TV appearances.

Unchartered waters are something familiar to any fan of Ward’s music, and that continues with Simon and the Island, his solo voyage. Unlike his work with The Strumbellas, with Simon and the Island, he purposefully chooses to air his songs in their raw, undressed state.  The self-titled body of music simultaneously draws tears, inspires hope and illuminates a journey. A sliver of solace in dark times, emboldened in blind faith and brazen determination, the album is relatable, relevant, and resonant, strong and structured, honest, humble and full of heart. Delicate strings, cavernous piano, and sparingly appointed instrumentation allow doubt, reflection and resolve to flourish in this suitcase that carries nine songs waiting to be unpacked.

Lead track, Muse, is a glorious entry to the album, with its proclamation of unconditional love and the foundation one firmly finds in another.  Ward promises “Oh my god, I know you’re struggling and oh my god, I know you’ll love again. I’ll take your side.  No matter what you do. You’ll be my muse”. Moving through the waves, On My Own embodies prose that flows like the propelling chord progression Simon orchestrates – there’s an ebb that is forward movement. While verses depict solitude, they emote moments where acceptance is met with grace to proceed on the path.

On I’m Not Doing Fine, the solitary piano rings out every single note, like a confessional church bell rings out 12 o’clock in the cold winter air. Moon is the shoegazer of the album, with Ward wistfully dreaming “All my friends are staying in, but I’m headed to the moon.  I hope to see you soon.  And all the lies that I have told you, have always been my truths.  I’m nothing without you”.

Lighthouse closes out the album as a symbolic beacon – a source of guidance, something close yet far, reminding us the shore is always in sight and in reach no matter how rough the waters. “How am I supposed to give, in a world where I’ve been so down?  How am I supposed to live, in a world that’s so turned around,” he laments. “Maybe I should come home.  Maybe all that glitters ain’t gold.  Maybe it’s just a dream.”

One may feel they are ‘an Island’, and often, that they are there alone. Simon Ward reminds us that no matter the distance, the size of land, or measure of experience, there is always a space for retreat, reflection and renewal and a reassurance that someone out there understands what you’ve been through.

Why are skips for construction sites Important?