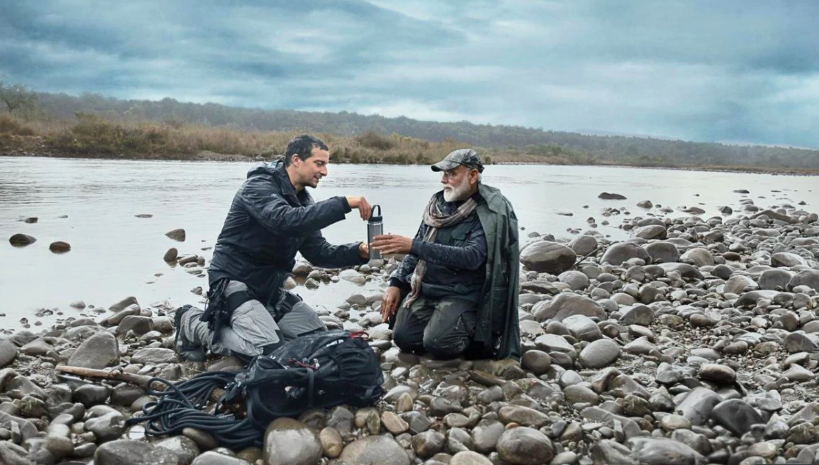 People across the world have seen the political side of PM Narendra Modi, shortly we all will witness an adventurous side of him. As PM of India Modi has turned adventurous.

Soon PM Modi will be appearing on the popular TV show Man Vs Wild, hosted by Bear Grylls. Grylls posted a teaser video and wrote, “People across 180 countries will get to see the unknown side of PM @narendramodi as he ventures into Indian wilderness to create awareness about animal conservation & environmental change. Catch Man Vs Wild with PM Modi @DiscoveryIN on August 12 @ 9 pm.”

The video which was shared by Grylls shows how the survival instructor along with the Prime Minister of India roving into the Indian wilderness. However, the location is not clear in the shared video. But one can hear PM Modi greeting Grylls and saying, “Welcome to India”.

This tweet of Grylls about the Indian PM appearing on Man Vs. Wild on August 12 @ 9 pm is the most retweeted post.

Via Man Vs Wild with PM Modi, the 45-year-old adventurer assure an adventurous ride into the diverse wildlife of India and also, he will tell different means to reach there.

In a statement released by the makers of the show, Modi said, “For years, I have lived among nature, in the mountains and the forests. These years have a lasting impact on my life. So when I was asked about a special program focusing on life beyond politics and that too in the midst of nature I was both intrigued and inclined to take part in it.”

Further he said, “For me, this show presents a great opportunity to showcase to the world India’s rich environmental heritage and stress on the importance of environment conservation and living in harmony with nature. It was a great experience spending time in the jungle once again, this time with Bear, who is blessed with indefatigable energy and quest to experience nature at its purest.”

Modi, who is known for being media savvy and using new approaches to reach out to the younger generation of the nation, is once again set to showcase the unknown side of his personality to the world and inspire the young generation.

Most of us are waiting for August 12 now!!