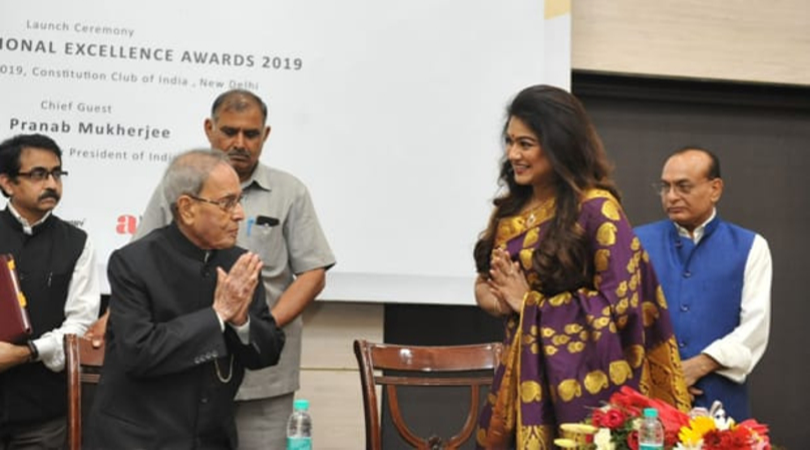 On the 14th of September, Power Sportz has been conferred the India International Excellence award at a grand ceremony held at the iconic Burj Khalifa in Dubai. It is a prestigious award launched by the Hon’ble former President of India Mr. Pranab Mukherjee, given to those who have excelled in their respective fields.

To receive the award, Ms. Kanthi D Suresh, the Editor-in-chief of the Power Sportz was present on the occasion graced by Royal families of the UAE and UK. Many Bollywood celebrities also gathered for the event.

Excellence award is recognition for achievements

Chosen as a recipient of such a sought-after award is invariably an indication that the channel has been a disruptor. Kanthi D Suresh, who received the award from the Royal dignitaries at the ceremony, has been at the forefront in driving Power Sports to the higher echelons.

Through the flagship program of Power Sportz, “Talking Turkey with Kanthi”, she espouses and has managed to expose many issues that are pernicious to Indian sports. The predictions made in the show are always correct.

In a recent episode, discussing the BCCI elections, Kanthi, and the panel of experts made certain analysis, which unfolded in the days that followed. The state bodies are in confrontation with the CoA and are likely to interrupt electoral proceedings. Days after the episode, eight state bodies of the BCCI were barred from attending the AGM. Talking Turkey with Kanthi was correct even this time.

The BCCI elections are under tremendous doubts of being conducted seamlessly, and even if held, whether the results would be declared quickly? This is what “Talking Turkey with Kanthi” remarked during the show.

It is for such near-perfect analytical prediction, the show, as well as the channel, has gained respect and recognition all over. It is proven by the various rewards and awards showered on Power Sportz.

Personal Branding Can Change Your Career