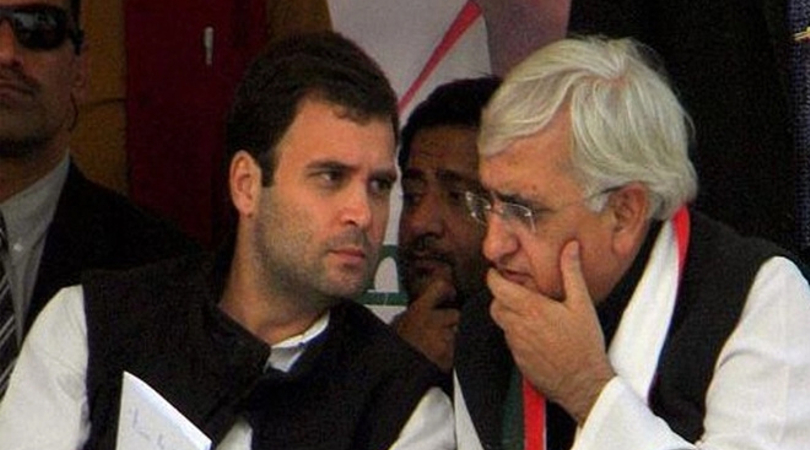 Soon after the Congress’s humiliating downfall in the national elections, Rahul Gandhi announced to quit as Congress president.

The very 1st time Rahul Gandhi’s decision to quit was described as “walking away”.

The prominent leader of Uttar Pradesh and a former union minister, Salman Khurshid however said, “No matter what happens we won’t leave the party.”

In fact, Khurshid, was quoted by the Associated Press as saying that Rahul Gandhi, 49 “left in a huff” and his mother Sonia Gandhi seems to be treating herself as a stop-gap until a new Congress chief is chosen.

According to reports, Mr. Khurshid in a statement said, “We haven’t really got together to analyze why we got defeated. Our biggest problem is our leader has walked away. It’s kind of left a vacuum. Sonia Gandhi stepped in, but there is more than an indication that she is treating herself as a stop-gap arrangement. I wish it wasn’t so.”

Mr. Khurshid, used the term “walking away” again, and said, “I have very deep pain and concern about where we are today as a party. No matter what happens we won’t leave the party, we aren’t like those who got everything from the party and when the chips were down, things were difficult they left the party and walked away.”

Also, he said Mr. Gandhi resigned “despite our earnest pleading” and if he would have stayed, the Congress had done a proper post-mortem.

Further he added, “Rahul Gandhi is not the president now but still he is the main leader of our party. This is perhaps the only time in history that a major defeat has not caused the party to lose confidence in their leader. If he had stayed and was around, we would have understood better the causes of our defeat and be better prepared to fight the battles in coming times.”

According to Khurshid Sonia Gandhi should come forward to lead the party from the front and become permanent president of the Congress.

The 66-year-old further added, “We have very less time and the party should take some immediate steps. The reason for some delay in those steps was because our leader Rahul Gandhi has left us. By this I mean that he was our president and we wanted him to be on that seat for long.”