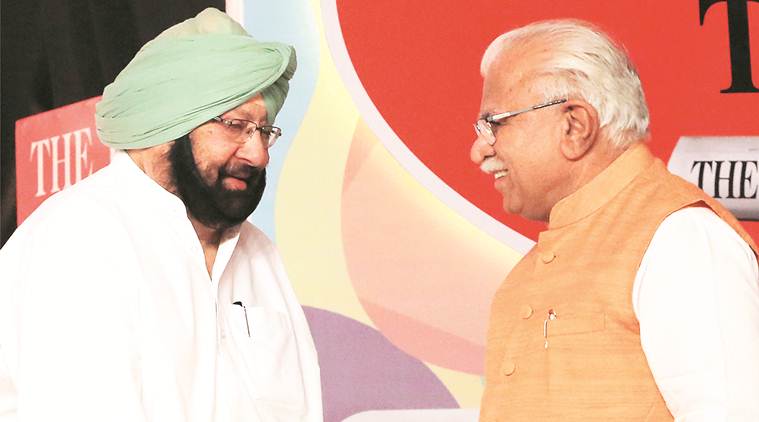 Whereas Singh labelled the Haryana government’s attempt to stop the farmers from going towards Delhi “totally undemocratic and unconstitutional”, Khattar blamed the Punjab chief minister of “inciting” innocent farmers.

Punjab farmers, standing for over 30 farm bodies, had proclaimed that they will go to Delhi through various routes and will hold a dharna at any time they are interrupted from moving towards their destination.

Haryana totally sealed its borders with Punjab on Wednesday, to stop the farmers from entering the state for their protest march.

Tenseness elevated at the Shambu border in Haryana, around 215 km from Delhi, on Thursday as police used water cannons and tear gas to scatter hundreds of farmers coming from Punjab who broke blockades, throwing some into a river, firm to enter Haryana as part of their march.

Criticizing the move, CM Singh tweeted: “Why is @mlkhattar govt in Haryana stopping the farmers from moving to Delhi? The tyrannical use of brute force against peacefully protesting farmers is totally undemocratic and unconstitutional.”

The Punjab chief minister added that it was a “sad irony” that the constitutional rights of farmers were being “oppressed” on the Constitution Day.

“@Capt Amarinder Ji, I’ve said it earlier and I’m saying it again, I’ll leave politics if there’ll be any trouble on the MSP — therefore, please stop inciting innocent farmers,” Haryana CM Khattar tweeted. He also blamed Singh of “only tweeting” and “running away from talks” with him over the issue.

“I’ve been trying to reach out to you for the last 3 days but, sadly, you have decided to stay unreachable — is this how serious you are for farmers’ issues? You’re only tweeting and running away from talks, why,” Khattar asked his Punjab counterpart in another tweet.