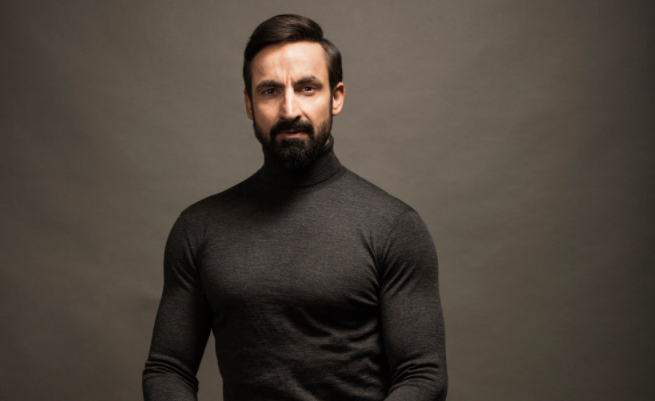 There are a few actors and actresses in Pollywood who made a name in the south as well. And the actor we are talking about today is a proper Punjabi Munda, who has worked more in the south than north. The actor is none other than ‘Ik Sandhu Hunda Si’ fame actor Vikramjeet Virk.

Vikramjeet Virk, in a candid conversation with ETimes, reveals everything on how the Pollywood actor resulted in doing movies down South and what brought him back to his home.

“There are different paths of reaching a destination, and I think that’s how South cinema came my way. I never planned to do South Indian movies, but it just started like that. My first movie was Ashutosh Gowariker’s ‘Khelein Hum Jee Jaan Sey’, post which I got my first Malayalam movie ‘Casanova’,” Virk said when asked about his South journey.

This is how the Punjabi Gabru entered the South Indian cinema. The 36-years-old actor also mentioned that he got some Punjabi films as well but they didn’t excite him much. “I came across some Punjabi projects as well, but nothing excited me during those days,” Virk added.

“I think people like the action in South movies. And apart from that, the filmmaking in the South is very different. Unlike Hindi or Punjabi or any other cinema, the storytelling is very fast, and they never lose a grip over the audience,” the actor said, revealing how the South industry is different from others.

In his interview, Vikramjeet Virk shared his experience that how he understood the character of ‘Kala’ and connected in immediately with it. Talking about his upcoming projects ‘Nishana’ and ‘Nidar’, the actor said he will be playing an anti-hero in the former, but it will be different from ‘Kala’.