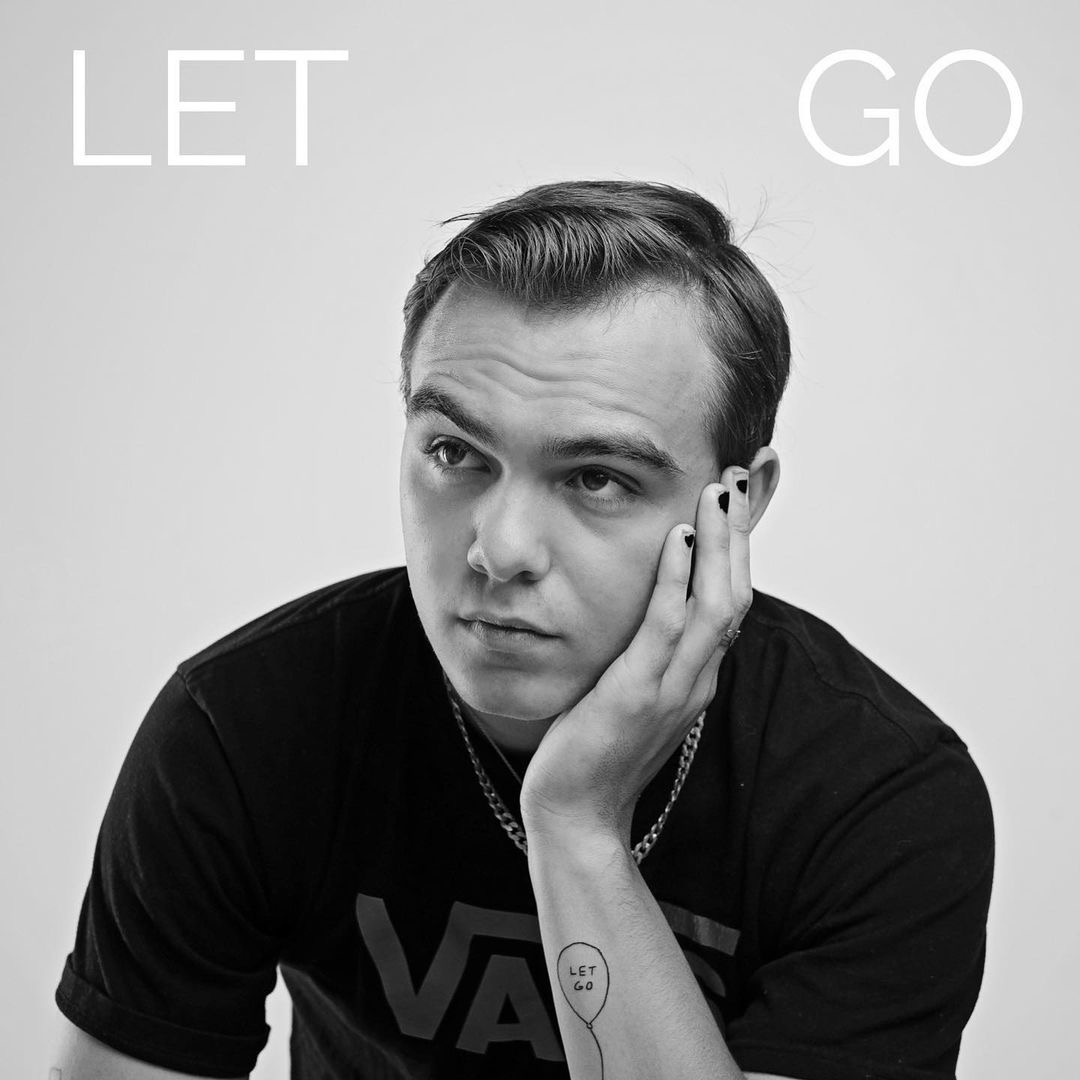 Popular pop star Cody Ledoux releases the highly anticipated EP “Let Go” July 21 2022 featuring four singles with one of them featuring upcoming rap star “RulyOTB”. Cody has put blood, sweat & tears into this EP over the last year. In this we will interview Cody & find out the behind the scenes of this EP.

“this was the first time I actually opened up to someone in a real way, and also have been through thick and thin with. When you lose that person you lose a piece of yourself that you’re externally trying to find again. But at that point it’s best to actually stop looking for it and find yourself and love yourself for who you are before trying to find that piece in someone else.” -Cody Ledoux

HELLO CODY LEDOUX, WELCOME TO BLACKBIRD NEWS! TELL ME ABOUT THE TITLE OF THE EP.
The idea behind the title is simply letting go of your past and embracing the future. Letting go of all the anxiety and negative emotions and feelings. Starting fresh.

HAS THE PERSON/PEOPLE THIS EP WAS WRITTEN ABOUT HEARD ANY OF THE MUSIC?
Yes. It’s only about one person. And I have information about how they reacted but I am not going to disclose that here. Let’s just say they finally understand how they made me feel.

IN YOUR TRACK “SUBSIDE” YOU TOUCH ON SOME HEAVY FEELINGS AND TOPICS IN REGARDS TO DEALING WITH A BREAKUP, CAN YOU TELL US WHERE YOU WERE MENTALLY WHEN WRITING THIS SONG?
I was still in the phase where everything felt so raw. I felt as though I couldn’t be whole again, even while hundreds of miles away. It was eating away at me. When you’re in that kind of mentality, being alone with your thoughts is hard. So hard that you may look too substances to SUBSIDE the pain. Literally anything that will help you feel better, is taken into consideration. In short the song is about finding a way to SUBSIDE those feelings that don’t involve drugs or Alcohol.

“GROWING APART” HAD A NICE ANIMATION TO SUPPLEMENT THE SONG. CAN YOU TELL US A BIT MORE OF THE STORY BEHIND “GROWING APART”?
“Growing Apart” is about being in loving relationship with someone who is slowly drifting away from you. It is about when you know the relationship is going downhill because they are giving up on the whole thing. And that no matter how hard you try, it just can’t be saved. Ultimately, at the end of it all, the relationship fails and the person who was trying to save it has to make the most difficult decision and pull the plug. It is also a frustrating thing for the person who is trying to save it, which the song also does a good job of expressing lyrically. I was fortunate enough to have one of my favorite Indie artists, Dylan Longworth, feature on this.

“DRUNK THOUGHTS=SOBER FEELINGS” NEEDS NO EXPLANATION AS IT TELLS THE STORY ITSELF TO ANYONE WHO LISTENS TO THE ENTIRE SONG. IS THE STORY TRUE? DOES THIS HAVE REAL LIFE INSPIRATION OR IS IT JUST A TALE?
It is based on real events. My partner at the time did say everything that the song opens with. I did leave town without saying goodbye, I think it was 3 months before I saw her again. It’s horrible what alcohol does to a person.

HOW DID IT MAKE YOU FEEL?
It made me question everything about the relationship. You know what they say, drunk thoughts are sober feelings. With that in mind, I had to really dig deep and think about the relationship. I chose to simply put the encounter behind me, although it stained us for the remainder and I never felt the same after. I tried so hard to not write about it, but I couldn’t not write a song. Something like that forever haunts me.

WHAT WAS IT LIKE WORKING WITH UPCOMING ARTIST RULY ON YOUR SONG “CHEATERS”?
Everytime I work with Ruly, its crazy. The man is a legend. He is so hard working. He is dedicated to his craft. When We work together we create nothing short of immaculate work. This is actually the second song we have made together. It was actually finished not too long ago, maybe a month ago. He has taught me so much about the Hip/hop & rap world. I hope to one day help him in a pop sense. If we wanted too we could make an album in a day. I’m not opposed to it either.

WHILE WRITING SONG “CHEATERS” FEATURING RULY WHAT WAS GOING ON THROUGH YOUR HEAD?
Cheaters actually isn’t about the same person that the rest of the Ep is about. My verse in Cheaters was written about my first roommate in college’s ex. In addition to that, I wrote a full pop song and it was going to sound like a Olivia Rodrigo song.  But I instead used the lyrics for Cheaters. Was not expecting to do that, but I am glad how it turned out.

Be sure to keep your eyes out for Cody Ledoux’s upcoming EP “Let Go” releasing on all platforms July 21 2022.

What Everyone Should Know About Cancer Insurance

Tips On How To Lower Investment Risk