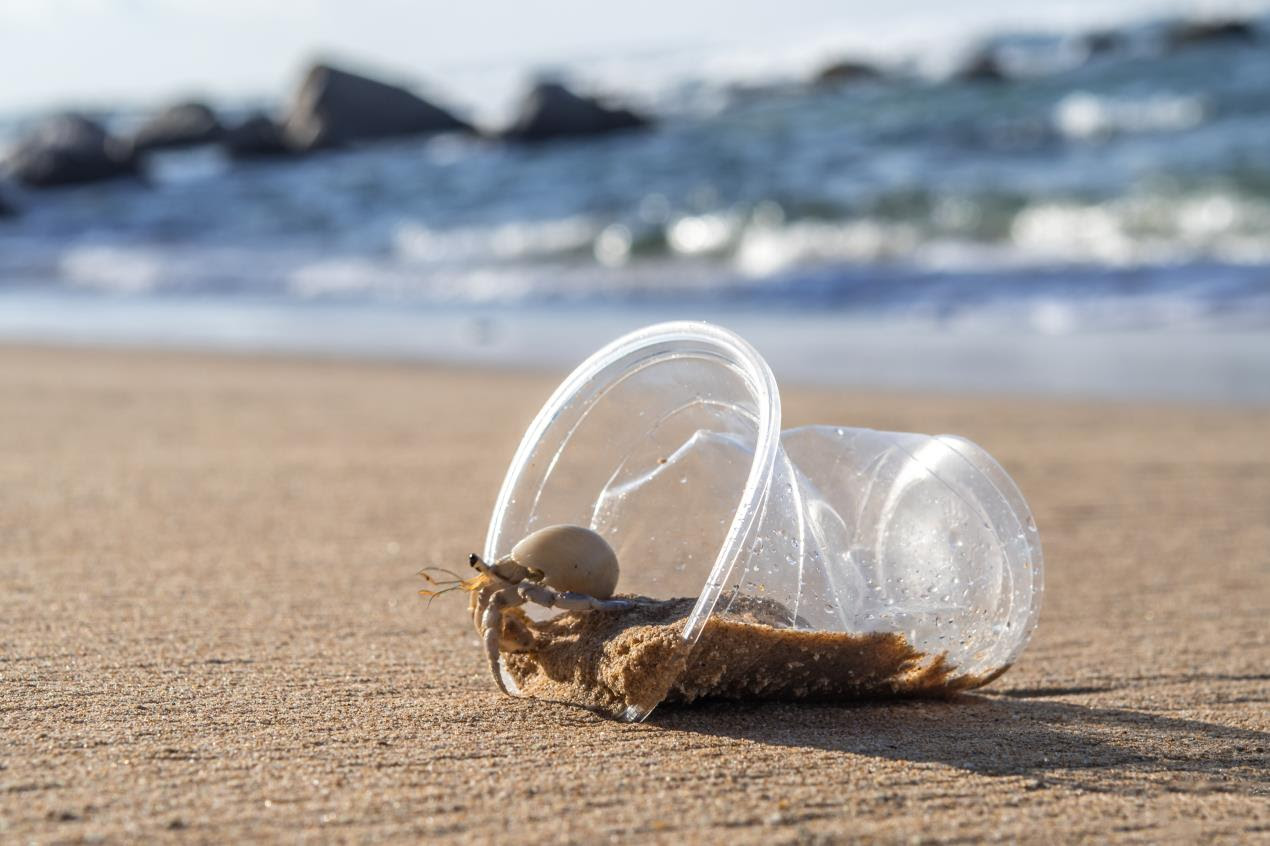 New research at Queen’s University highlights the impact that microplastics are having on hermit crabs, which play an important role in balancing the marine ecosystem.

The research found that microplastics are affecting the behaviour of hermit crabs, namely their ability during shell fight contests, which are vital to their survival.

There is a strong association between hermit crabs and their shelters or shells, which are taken from marine snails to protect their soft abdomens. As the hermit crab grows over the years, it will need to find a succession of larger and larger shells to replace the ones that have become too small. They can achieve this through a contest, termed a shell fight, involving the ‘attacker’ rapping their shell against the ‘defender’ in an attempt to evict the opponent from its shell. In these contests, the hermit crabs will fight a competitor to secure the shell that they favour. These shells are vital in protecting and enabling hermit crabs to grow, reproduce and survive.

The new study builds on previous research by Queen’s University that showed hermit crabs were less likely to touch or enter high-quality shells when exposed to microplastics.

The new study, published in Royal Society Open Science, provides a more in-depth insight into how the hermit crabs behaviour is affected when exposed to microplastics. The microplastics impair both the attacking and defending behaviour of hermit crabs during contests, impeding their ability to secure the larger shell that is required for both their growth and survival.

The research involved keeping hermit crabs in two tanks: one which contained polyethylene spheres (a common microplastic pollutant) and one without plastic (control) for five days. The team simulated the environment to encourage a hermit crab contest through placing pairs of hermit crabs in an arena, giving the larger crab a shell that was too small and the smaller crab a shell that was too big. Plastic-exposed hermit crabs displayed weaker attacking behaviour (known as rapping) during fights than crabs that were not exposed to plastic. Microplastics also reduced the ability of defending crabs to properly assess their attackers during contests and impaired their decision to give up their shell earlier.

Hermit crabs are known as scavengers as they recycle energy back into the ecosystem through eating-up decomposed sea-life and bacteria. As such they play a vital role in rebalancing the ecosystem and are an important part of marine life.

Manus Cunningham from Queen’s University and one of the lead researchers on the paper, said: “These findings are hugely significant as they illustrate how both the information-gathering and shell evaluations were impaired when exposed to microplastics.

“Although 10% of global plastic production ends up in the ocean, there is very limited research on how this can disrupt animal behaviour and cognition. This study shows how the microplastic pollution crisis is threatening biodiversity more than is currently recognised.”

Dr Gareth Arnott, the principal investigator of the project said: “This study provides an insight into the potential for microplastics to alter important aspects of animal behaviour that are critical for survival and reproduction. We need to further investigate how microplastics affect their behaviour and the consequences, armed with this knowledge to advocate for change to protect our ecosystem.”