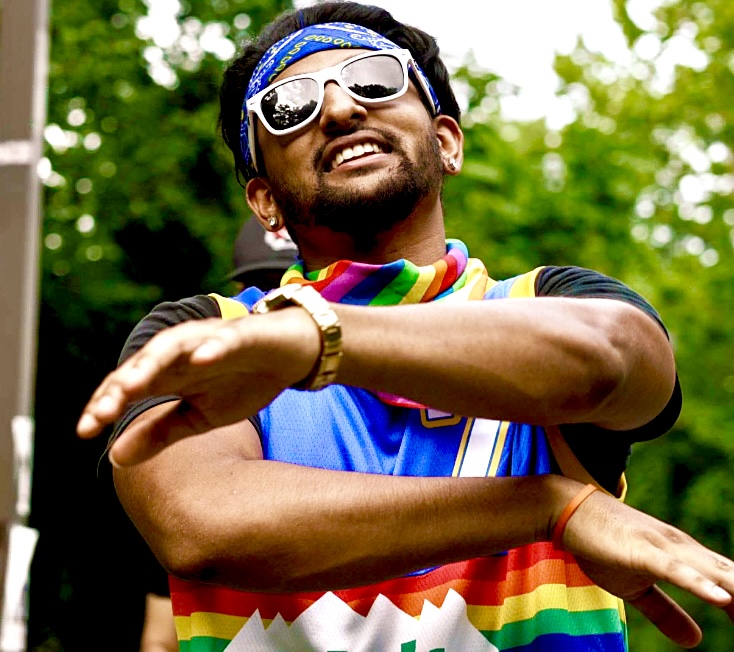 Whether it be through his music or his high-energy social media content, Sambrum has been putting his imprint on the world of entertainment.

Based out of the Washington D.C. area, Sambrum has been creating music and releasing music videos over the years both individually and as part of his hip-hop duo UGP (UnderGround Princes). With UGP, Sambrum serves as a rapper and singer, alongside his partner, rapper and producer Rohiit. Together they have released multiple projects including their 2021 album “Brown Bulls” and various music videos which have gained millions of views on YouTube. UGP’s most recent track “Then It All Started” has been spreading rapidly, receiving over half a million views already since its release just a month ago. Being of Indian descent, the duo incorporates both American and Indian cultural styles into their music and release tracks in multiple languages including English, Hindi, Kannada, and Telugu. Their next release is a Kannada language song called “Mari Beda” or “Don’t Forget”, which was created and shot in Sambrum’s grandparent’s village just outside of Bangalore, India. Kannada is the local language of the Indian State of Karnataka, where Sambrum’s family is originally from. Through their unique sound, UGP has been making huge strides in the music industry and will continue to progress their way up the ranks. Stay tuned for more music on the way from the group – UGP on all music streaming platforms.

As well as making music, Sambrum has gained immense popularity on TikTok through his charismatic, energetic videos. Known on TikTok as “The RanKING”, Sambrum posts his signature top 10 rank videos, educational content, comedy bits, hilarious memes, and of course his music. He has achieved great success on the platform and this has carried over to other social media apps as well. Sambrum currently has over 500,000 followers across his platforms (TikTok, Instagram, YouTube, Rizzle) with his entertaining personality and must-watch content rapidly growing his personal brand daily.

We’ve already seen what Sambrum is capable of doing, but as he continues to build his music catalog and create the content hundreds of thousands of people have grown to love, his ceiling is limitless. Follow along on Sambrum’s journey – @iamsambrum on all platforms.