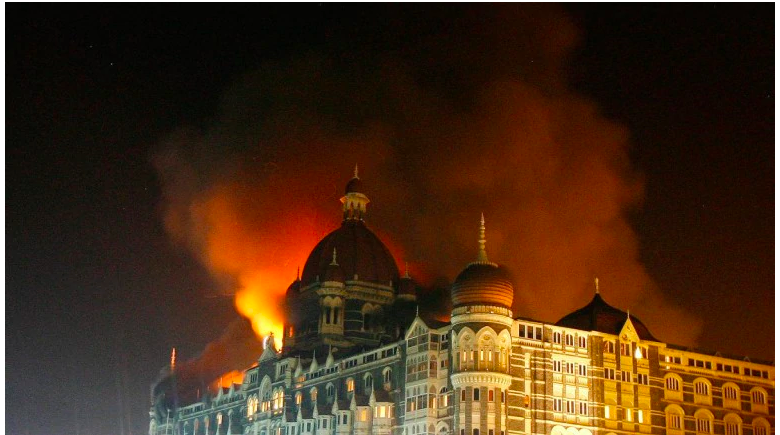 26/11 & 11/ 9 are dates that underline terrorist display of ruthless proportion – the people who suffered directly or indirectly can never forget the dates, where they were spectators to the cruel face of few in the mankind, for sure they wondered why few displayed such brutality after years of civilised existence, they even questioned why the innocent were served such display of belligerence?

Agreed militancy, causes retaliation, but why must the weak and just the pure-hearted yet vulnerable suffer such aggressive acrimony? Why is their no peaceful resolution? Why does sanity evade the few who leaves a permanent scar on the faith of humanity?

It’s all in mind and served into the mind by none other than the scrupulous who consume the innocent by convincing to attack the innocent and in the process, generate the required fear to enhance the power. The power that hideously spells brutality yet remains undeclared in the overpowering din of the hailing crowd which devoid of wisdom thrones the perpetrator wrongly to rule.

I am sure everyone in their display of empathy, remembers the martyrs and the many innocent deaths, some even critically remember what few senior journalists today did wrongly to gain the necessary TRP, sensationalised and wrongly vandalised the ethics of journalism and further assisted the terror tools to paint their acts which causes shame for ages later gruesomely, but we all in the process of keeping pace with our speeding pace of life forget to give a thought to the root of terrorism the innocent minds who were crafted by the manipulative to such levels of insanity .

The terror machine is nothing but a collection of crafty minds who desire to rule by using the ignorant against the innocent. I repeat the ignorant against the innocent by infiltrating their mind with false belief and hallucinations of grandeur in the name of religion, faith, misguided belief. The instruments of terror are never the planners, who cunningly use words and speeches to explode the mind with a senseless belief and thus instigate them to such inhuman catastrophe that when they complete the process, they feel they have been cheated by none other than their psychological teachers. Often the youth clouded with ignorance becomes their target, without the compassion they pretend compassion and after illuminating a candle of hatred they spark an inferno which leaves behind devastation, and they claim power among the shocked and fearful, thereafter.

Research points to huge numbers of disturbed young minds, who in the game of gaining an identity for themselves transforms to schizophrenic, whether it was Kasab, who believed he was on mission Kashmir or the pilot who thought of crashing Into the World Trade Centre, to gain salvation. The obsession of the young with self-love or accrued frustration also becomes an easy victim in the hands of the mind players. One often wonders why the terrorist heads, never participate in such religiously spirited suicide attacks which as they claim would lead one to heaven and the company of numerous beauties? Why don’t they explode themselves to religious glory? Why they use the helplessly deprived? What do they truly gain in their religious endeavours by such misdeeds? The answer is sheer maniacs misguiding others – yes the roots of such overpowering madness lies in their unsatisfied self or frustrations acquired by some sad experiences misread by them as a source of vengeance, but mostly it is been found to be a result of sporadic attempts to gain supreme power. Thus the atrocity is conspired.

“The terror” computer gains the hardware in the unemployed youth – pool of acquired frustration and the software is fed in the programmed version of misbeliefs in the format of implosive therapy tuned to virus the mind enough to vent out aggression, which the society suffers in the name of terrorism.

Mental health and constructive education well monitored by seasoned and positive teachers can assure us of a terror-free society, but the Herculean task demands a simplified education system which is easily comprehensible and thus enables every human mind to read through manipulation’s and also filter through the dark clouds positively. It is, of course, a perfect dream to believe that education of mind can reach to one and all and the tools of terror decays to zero, yet in the age of communication, it is undoubtedly possible.

The games of aggression served to teenagers are also a justifying source of aggression in the name of the mission, the psychological manoeuvring of mind by feeding in favour of aggression, such mild corrections can do us world of good.

Lately the puzzled many volunteered to be part of a terrorist organisation as an aftereffect of radicalisation, but noteworthy is the fact that such impact was not universally approved but only absorbed by the one who was diseased with poor mental health and lack of psychological strength. So “Terrorism “ can be countered by cutting down the supply of raw material – the weak and unhealthy mind.

God bless the human minds with wisdom, so to utilise their journey constructively for the generation- next.