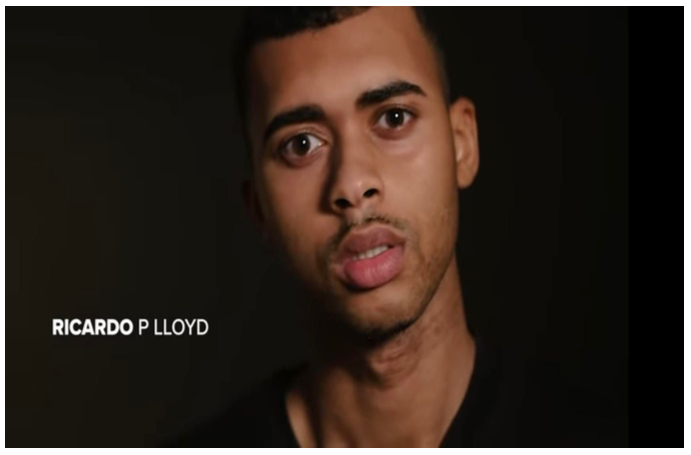 What a year actor Ricardo P Lloyd has had…

Earlier in 2020, Ricardo P Lloyd was listed on ‘The Voice’ newspaper’s top twenty ones to watch out for in 2020, recognized for his talent and work in theatre. Ricardo was set to make his transition into TV and film but was held back by external circumstances out of his control.

One can only look over Ricardo P Lloyd’s journey and just see how his star is ascending. In 2019, Ricardo had who’s who in the entertainment business praising him for his talent and work ethic. He had the attention of Mark Rylance and James Bond Star Naomie Harris.

A young actor full of promise, Ricardo P Lloyd is still determined to use his voice to inspire and help push a change in an industry still filled with bias and under-representation for many black creatives.

‘The year of 2020, has not been easy for a lot of us especially creatives I had a few projects I was a part of this year that got cancelled due to COVID-19” I think now is an important time for new voices to be heard and for us to spark real change we might never get this chance again’ S ays Lloyd, 27.

Ricardo P Lloyd experienced first hand what this industry was like when he was in pursuit of representation. He tells us; ‘I had some meetings with some big agents in the U.K., and I was faced with rejection. They were first interested in me because of the buzz I had around me at the time because of the play excluded (Intermission Youth Theatre) and the other project that generated all this mainstream press and got all these esteemed reviews.

Lloyd adds; One big agent whom I won’t name said the following; “Diversity is the new thing in” then when it came to signing me he said; “Oh it would be a clash of interest I already have someone that looks like you on our books.”

I never really understood what that means stuff like that does not make sense. There is only one me because there is only one me which God has created which is unique and has his own gifts and qualities that means I can be marketed. Why was I not seen as an individual? Why was I just seen as just another black actor, why was my talent not seen, valued or respected? There are a lot of talks about making this industry more inclusive, but it starts with certain mindsets.

During 2020 Lockdown in the U.K. Lloyd has been a part of different campaigns to give his voice to change. One of those was the ‘hear my voice’ film project by Pinny Grylls that centres around an African boy who wants to get into opera in conjunction with the Royal opera house. Lloyd, helped raise over £20,000 for the short film with his peers from Intermission youth theatre.

When talking about the project Lloyd says; I had to fight a lot of low aspirations around me to be an inspiration and I am still fighting. I want other people after me to find it easier. Break through different areas of the entertainment industry can be hard; there are still those set ways and elitism that goes on.

Can we expect Ricardo P Lloyd to join his pairs over in the U.S.?

Ricardo P Lloyd is already being compared to the likes of Damson Idris, Joivan Wade and other black British actors who transitioned from the U.K. scene to the U.S. We are all excited to see what this young star is capable of achieving in film and TV. Ricardo P Lloyd is a rising star he has the charisma, talent and influence to stun us all. Therefore we should all keep our eyes on him in 2021 and beyond.

I know my career path is very unconventional, but I’m willing to make sacrifices for the greater good of change to impact generations to come.

The UNCUT WITH LUCIA series from WorldAuthors.Org features an interview with…