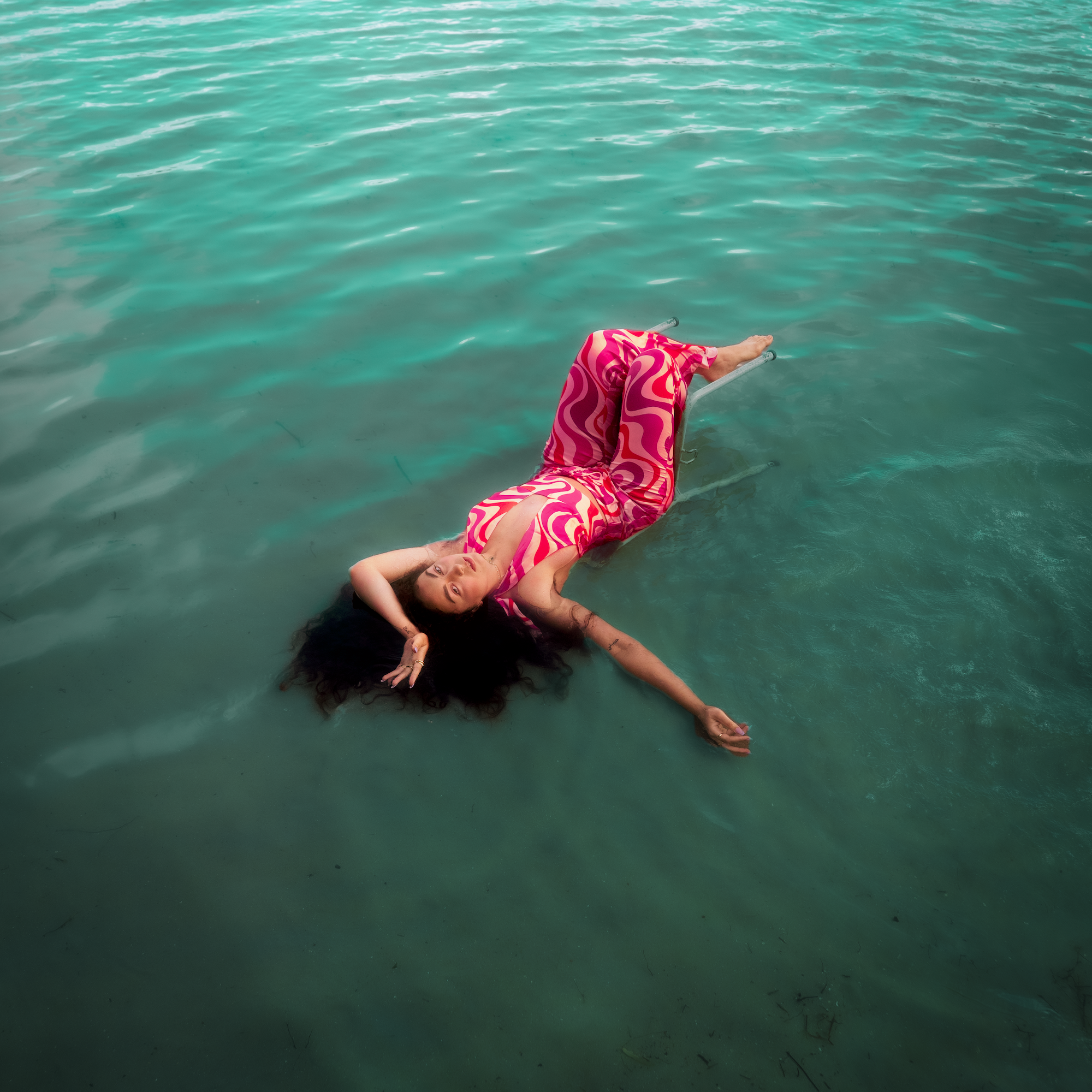 Sophia is a singer, writer, performer and producer based in Rotterdam, The Netherlands. Delicately dancing between infectious pop, spellbinding R&B and silky neo-soul, Sophia’s music is a hypnotic blend of her love for the 00’s, along with smooth R&B vocals inspired by the likes of Victoria Monet, Snoh Aalegra and Jazmine Sullivan, as well as her darker, melancholic, James Blake-esque style, taken from her classical piano background. Having studied at the prestigious Rotterdam Conservatory of Music, her sound reaps a musical maturity and sophistication, while her honest themes touch on relatable, everyday life experiences. Sophia explains, “I want to talk about real life experiences. Not just about love and breakups. I am not afraid to be honest. My music reflects that feeling. I play and sing directly from the heart.” Breaking barriers and doing the unexpected, Sophia’s music exudes a subtle suspense and tension, allowing for surprises around each and every corner.

Her upcoming album, Fragile, is a nine-track release revealing some of Sophia’s most vulnerable moments. Produced by Mick Langenberg, Jaimy Wilken and Martijn Ruytinx, Sophia reveals, “The album is called fragile, because I am. The songs are fragile too. I’ve never been this honest in my entire life and it scares me to share everything with the world. But I have found (during this process) that there is strength in being fragile and vulnerable. It takes courage to be fragile.” Every song on the album is based on a true event from her life over the last two years. From losing her absent father and falling in love for the first time, to getting her heart broken and saying goodbye to the bad people in your life and celebrating the ones that stayed. Covering an array of emotions, the album is the result of having a very turbulent year. Sophia shares, “When the first lockdown came I finally had the chance to deal with everything that had happened. Instead of going to therapy, I went to a writers camp with my best friends and colleagues and wrote this album.”

Her song “Questions” is an example of her desire to create raw and authentic music. It’s a song about losing a parent and being left with questions you’ll never get to ask anymore. In this social media era, it’s hard to tell how people really feel. It can make you feel lonely or strange for not being ok. The songwriter confides, “I want my music to be a safe place for you to feel seen and heard. As a queer female in this industry, I hope to be that example for others.”

Hoping to inspire others to be fragile, vulnerable and honest, Sophia wants listeners to know their feelings are valid; we don’t have to be strong all the time, we’re allowed to cry, we’re allowed to not be okay. She continues, “It only makes you brave for admitting that and so much stronger for surviving. And also, I hope to inspire others to never take shit from anyone. Ever.”

Stephen King to Turn His Spooky Maine Home into a Museum