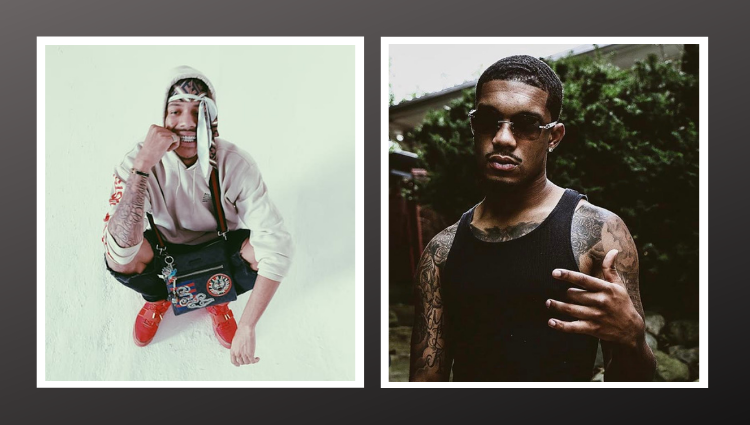 Their newest single, “Truly Committed” is dedicated to their loyalty to 5L, their family and friends that always held them down. Truly Committed is on track to bring them even higher recognition and take their popularity worldwide. The track, written all in the booth in a short space of time, was a vibe that just brought the words to life.

It features Yung Goony’s childhood friend and close collaborator, J. Mouse, who is a talented artist himself. While Yung Goony migrated to LA, J. Mouse remains based in Detroit where he continues to supply his fans with classic records. His most recent project was titled “Hate Me Or Love Me,” and was crowned one of 2019’s most solid projects by listeners. He has an unstoppable drive, truly committed to whatever he sets his mind to. J. Mouse and Yung Goony are a perfect duo for the first release “Truly Committed” off his upcoming EP “Welcome Tha Goony.”

Known for being the son of legendary basketballer, Rasheed Wallace, Yung Goony is now taking the family stardom into the world of music. Born in Detroit, and residing in Los Angeles, Yung Goony has been growing his fanbase and becoming a hot topic in hip-hop’s community.

Feeling misunderstood his whole life, he created his rap moniker to reflect his character and rise as an exciting, happy, silly and overall electric person. Even with the fame his father’s accolades brought upon his life, Yung Goony isn’t tainted by money and materialism, but more concerned with taking care of his loved ones and helping the less fortunate. Having the Mamba mentality (RIP Kobe) in the booth, Yung Goony puts in the extra work to become the best at his craft and realize those aspirations into reality.

Having his dad as one of his admired role models, and inspiration from major artists like Young Thug, Gunna, Travis Scott, and Frank, Yung Goony has the star studded line up that sets the mark of where he’s aiming to reach. With single releases like “Mood” and “Pardon My Drip,” Yung Goony has been running up the numbers and expanding his impact in the music industry.

Yung Goony is adjusting to the social anxiety of being a rap superstar and becoming more comfortable with his craft. He promises to keep the pressure coming, releasing singles throughout the remainder of the year before dropping his seven to eight track EP, “Welcome Tha Goony.” Stream Yung Goony’s new hit single “Truly Committed,” via the link https://open.spotify.com/track/3TrR9ONBymtFTYQ2a4reGZ