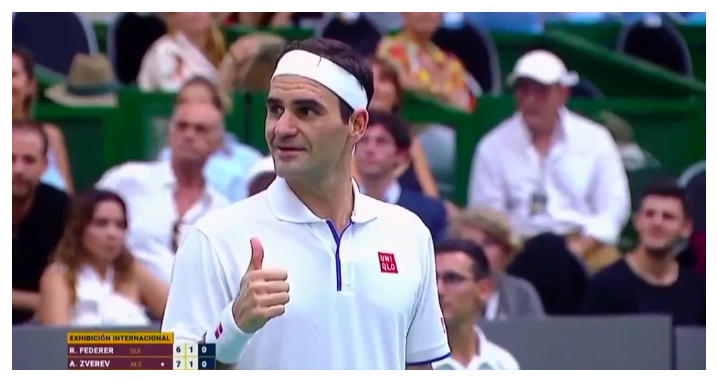 The Swiss Great Roger Federer has once again proved that he is a crowd-pleaser. He was stopped by a fan for a photograph during his exhibition match against Alexander Zverev in Buenos Aires. Federer not only stopped for a photograph but also he gave the fan a thumbs up, along with gave various during-the-shot poses and ended up entertaining the crowd.

The whole thing can be seen in a video that’s going viral on Twitter, in which Federer can be seen posing for the fan.

The whole event took place after Zverev won the first set 7-6 and the second set score line read 1-1 and Zverev was about to start serving.

There is one more video that is going viral and that’s from their exhibition match in Chile. In which, a fan from the audience can be seen screaming “Te Amo Roger (I love you, Roger!)”. At first Federer did not understand but then acknowledged the fan.

Makeup Tips for Oily Skin for a Lasting Glow