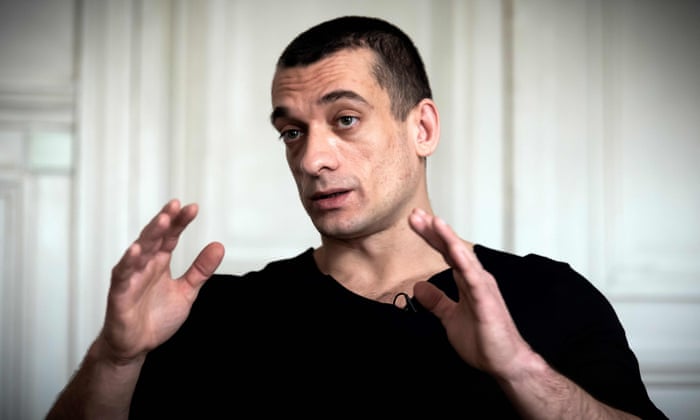 A Russian dissenter artist who allegedly published screenshots of sexual images that forced a Paris mayoral candidate to step down has been arrested along with his girlfriend.

On Sunday after the Macron’s candidate for Paris mayor Benjamin Griveaux, a close ally of the French president, filed a complaint against the couple for privacy violation, the two were held for questioning.

Mr. Griveaux, who is married and has three children, allegedly made family values a major part of his election campaign. Mr. Griveaux had to pull out of the Paris mayoral contest on Friday. Also, he did not deny that he sent the leaked messages to a woman who is not his wife.

Mr. Pavlensky was reportedly arrested and placed in custody in central Paris after Griveaux filed a complaint on Saturday afternoon for privacy violation.

Mr. Pavlensky, who has lived in exile in France since 2017 is renowned for works of performance art, which include nailing his scrotum to the ground in Moscow’s Red Square and setting fire to a door at the headquarters of Russia’s state security agency or the Bank of France.

The sexting scandal that involves Mr Griveaux has caused shockwaves in a country. He had to quit step out of the elections and the French health minister, Agnes Buzyn, has allegedly been announced as the party’s replacement.

Mr. Griveaux supported Emmanuel Macron’s rise to power and has been the French president’s chosen candidate for Paris mayor.

What Does 555 Numerology Mean?