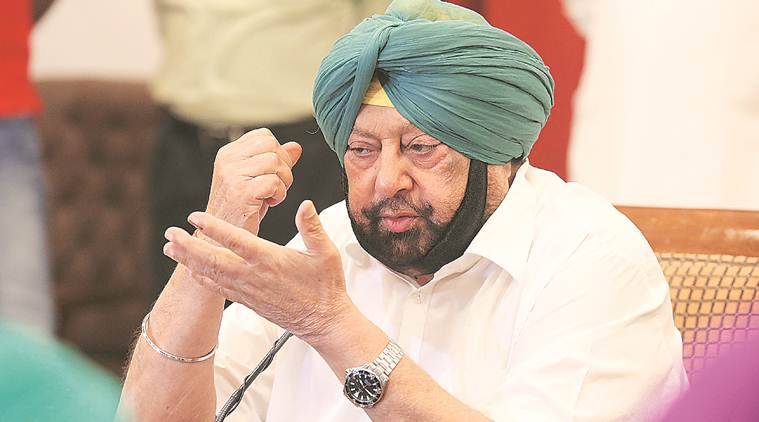 On Wednesday, Punjab chief minister Captain Amarinder Singh said the one-day assembly session organized on August 28 was a constitutional necessity, as clearly mentioned in the announcement two days ago. The CM blamed the opposition of playing “dirty politics” at a time when the state going through a critical period.

Pointing out at SAD chief Sukhbir Badal, who had labelled the one-day session as a “cruel joke” on people, Captain mentioned his pathetic record in attendance in assembly showed how little importance he gave to the House and its sessions.  The SAD leader attended, from March 2017 to May 2019, only 16 of the 40 days when the assembly was in session, said Captain.

The CM expressed shock at the reaction of SAD president Sukhbir Badal and AAP leader Harpal Singh Cheema, phrasing them not just “ludicrous” but a manifestation of a lack of understanding and distress on the part of the two opposition parties in the state.

“Both the parties seem bent of playing with the sentiments of people, whose only concern at present is to protect themselves from the coronavirus, which is peaking in Punjab and could play havoc with the state before stabilizing,” Captain said.

Reacting to Sukhbir’s remark that the single-day session was “evidence of the government’s acknowledgement that it has lost the mandate to govern”, Captain said his government had the mandate didn’t need the help of handful MLAs of SAD in the assembly, as they had the mandate of the people with them.

Denoting the fact that several ministers, MLAs and officials were presently either COVID positive or in quarantine, the CM said either Sukhbir was ignorant of the ground reality or simply did not bother. He stressed that the situation was serious, with 34,000 people in the state tested positive so far and 898 died till August 18.

His government was more focused on handling this serious problem at the present time, said Capt Amarinder.  He added that neither SAD nor Aam Aadmi Party (AAP) had any significant issue to project among the people and were thus substituting to shameful tricks in the middle of the pandemic.