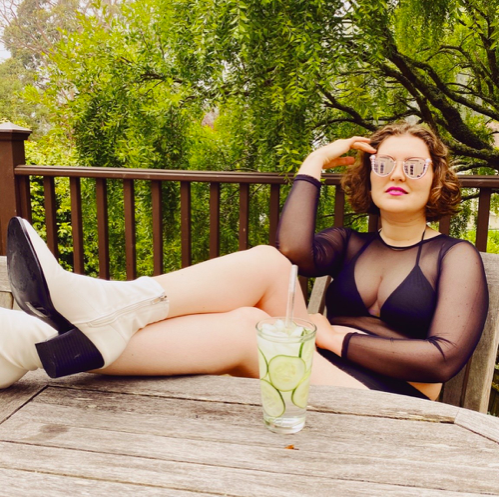 San Francisco based singer-songwriter Samantha Margret gifts us with a new, vibrant and refreshing single entitled “Cucumber Summer”, set to be released on Tuesday, August 10th, 2021.

After her debut hit single, “Feminist gf” came out a few months ago, singer-songwriter Samantha Margret has been hard at work, writing and producing a handful of singles that she’s more than ready to share with the world. Samantha Margret writes music for the girl who wants to own her history, her body, and her feelings. Her ballads tell stories about acceptance and showcase her soulful voice, and her pop songs are not afraid of a good time. She tries to never write the same song twice, and is always up for a giggle. As she grew up in San Francisco, Samantha took to poetry and songwriting. She quickly learned by copying Sara Bareilles songs on the piano at school, and by writing songs instead of going outside.

Samantha states, “’Cucumber Summer’ all started when I heard someone say the word ‘cucumber’ and thought, ‘there’s a fun song in that word.’ I carried the first few lines around on a note in my phone for a while. And then, in the middle of The Johnny Mercer Songwriters Project (an intense writing workshop full of serious people), it just poured out.”

Samantha spent the past year focusing on writing and recording but prior to quarantine she could often be found performing at the local music venues in San Francisco. During her week with The Johnny Mercer Project, she explains, “I presented a demo of ‘Cucumber Summer’ to Stephen Bray the next morning with the preface, ‘It’s about exactly what you think.’ From the moment I put that soda can in the beat, this one was full of laughter and confidence; it helped me cut loose and make something for the joy of the thing itself.”

Samantha Margret’s new single, “Cucumber Summer” is bubbly and refreshing with a hint of lime. The true sounds of summer that will have you listening on a loop, with your favorite cocktail in hand.

You can listen to “Cucumber Summer” on SoundCloud