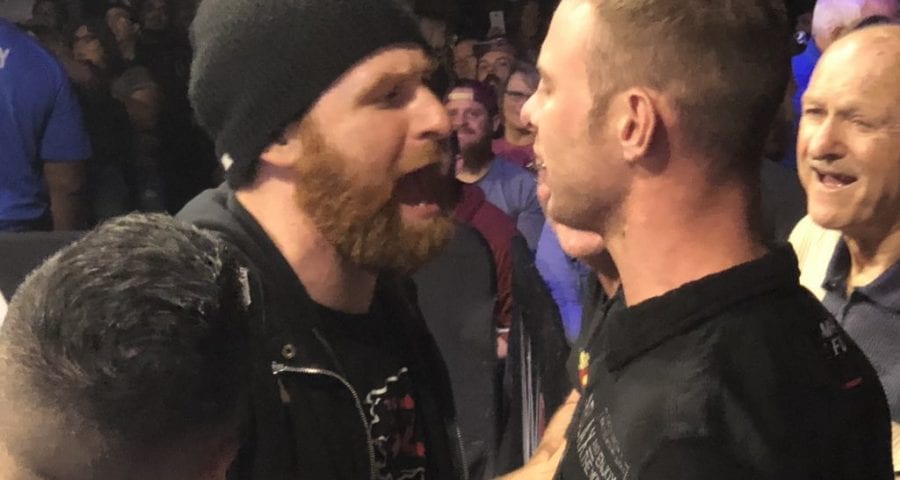 According to report, Sami Zayn has confronted a fan for allegedly yelling a homophobic comment at WWE show. For many Zayn is an annoying player on WWE television but in reality he is one of the good guys.

WWE fan Kyle allegedly attended Sunday’s live event in Daytona, Florida. Everything was going great in the show except for one fan incident.
As one of the fan yelled a homophobic comment at the event, that made Zayn confront the fan at the event itself.

It is really disappointing to hear these disrespectful slurs at a show but not all the fans at live events are disrespectful. Well whatever, there are people in the WWE show who knows how to deal with fans like this.

The fan was allegedly calling Zayn a “Canadian f****t” over and over again. According to Twitter user John Betz, the fan eventually was kicked out of the show for his behavior.