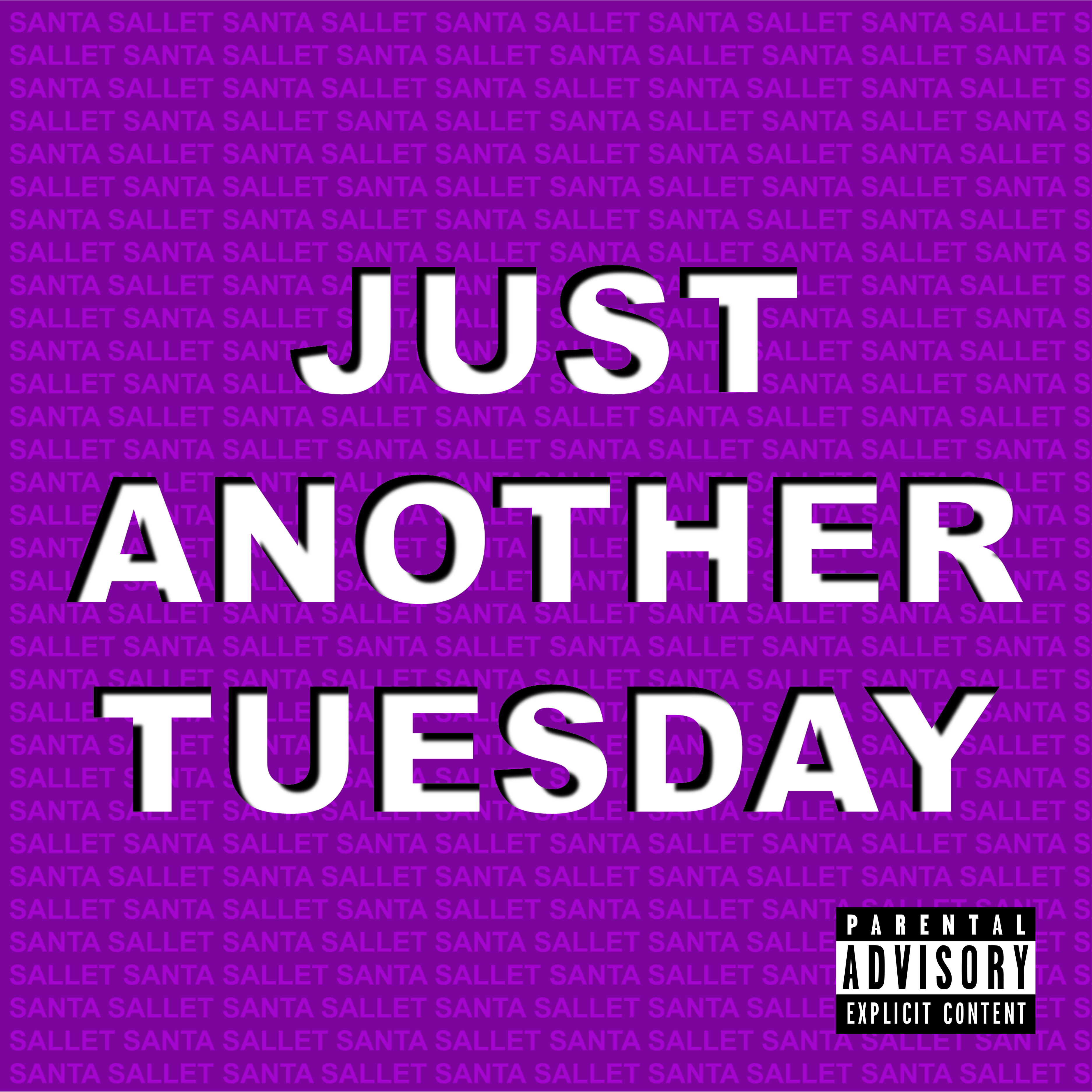 Versatile and talented rapper Santa Sallet has recently unveiled his newest single and music video, titled ‘Just Another Tuesday,’ from his upcoming mixtape, Plutography. There is something so charming and catchy about the track that will earworm the audience for sure. Santa’s self-produced mixtape “Plutography” blends salsa beats, southern trap, and eastern jazz with classic and conventional rap samples.

The song ‘Just Another Tuesday’ is a hip-hop song accompanied by an official music video. Santa wrote the song and directed the music video himself. While MSP producer, Nemizzo mixed the track. Santa has created an excellent piece of work by capturing the high-octane essence of new-age hip-hop music; besides, his unique rapping style and anecdotal lyrics are enough to captivate the listeners.

Speaking about the music video, Santa Sallet said, “This is just what being a rapper is all about—just hanging out with your friends, spending the money you made, and enjoying life. To most, this type of lifestyle is hard to attain. To me, it was Just Another Tuesday.”

Santa Sallet is a Washington, DC-based rapper, producer, and businessman. Famous for the unique rapping style, he has earned a significant name in the music industry. He is known for recreating the authentic essence of hip-golden hop’s era. Santa shares unique stories and experiences through his rap.

As a child, Santa was struck by the music video for “Gimme Some More.” He began rapping soon after, and after moving to Johannesburg and enrolling in a French school, he started producing beats with long-time collaborator and French producer Nemizzo.

Santa’s first three albums chronicled his failures and successes in money, relationships, and music. His debut album, “C.R.E.A.M,” along with the accompanying mixtape “Plutography,” chronicles his journey from impoverished to financially independent. His subsequent albums, “Women” and “R.A.P.,” as well as accompanying mixtapes, demonstrate his pursuit of success in both relationships and music.

“Just Another Tuesday” is now available on all major platforms, including Spotify. Visit Santa Sallet’s website www.santasallet.com for more information on his upcoming projects.

Sharreebaby Proves That Pursuing Your Dreams is Always Possible