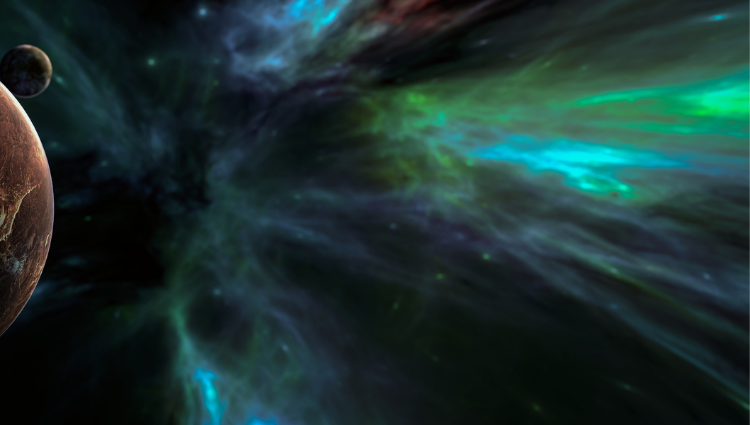 The fiery and inferno-like exoplanet WASP-76b, an ultra-hot Jupiter, may be even more sizzling than scientists thought.

The exoplanet is known for vaporising iron in its atmosphere but researchers from Queen’s University Belfast, Cornell University and the University of Toronto, have now also discovered ionised calcium.

The findings, which have been published in the Astrophysical Journal Letters, provide astronomers with an insight into the very thin upper atmosphere of a gas-planet in an extreme environment. The research indicates that the upper atmosphere is either hotter than expected or that strong winds are present.

WASP-76b was discovered in 2016 and is a gaseous planet 1.8 times the size of Jupiter in our own Solar System. It orbits its star every 1.8 Earth days and is 30 times closer to its star than the Earth is to the Sun.

Due to this close proximity, its day-side is intensely irradiated. It is also thought to be tidally locked, meaning the planet rotates around its axis in the same time it takes to complete an orbit around its star. One half of the planet always faces the star and the other half is in eternal night – this results in a scorching hot day-side of 2400 ºC, while its night-side is a relatively cool 1300 ºC.

When analysing high-resolution spectra obtained with the Gemini North telescope near the summit of Mauna Kea in Hawaii, the experts spotted a rare trio of spectral lines in the exoplanet’s atmosphere that are caused by ionised calcium in the planet’s upper atmosphere.

Dr Ernst de Mooij from the School of Mathematics and Physics at Queen’s University Belfast was involved in the analysis of the data. He comments: “This detection of ionised calcium is the first result from the ExoGemS survey and shows the impact of the extreme conditions on the atmospheres of WASP-76b.”

First author and University of Toronto doctoral student, Emily Deibert, explains: “We’re seeing so much calcium, it’s a really strong feature. This spectral signature of ionised calcium could indicate that the exoplanet has very strong upper atmosphere winds. Or the atmospheric temperature on the exoplanet is much higher than we thought.”

Dr Ernst de Mooij added: “We are currently working to better understand the cause of this. The ExoGemS survey, which will observe a large sample of exoplanets over a wide range of environments, will help us to further understand these worlds.”

Co-author Dr Ray Jayawardhana, the Harold Tanner Dean of the College of Arts and Sciences and a professor of astronomy at Cornell University, explains: “As we do ‘remote sensing’ of dozens of exoplanets, spanning a range of masses and temperatures, we will develop a more complete picture of the true diversity of alien worlds – from those hot enough to harbor iron rain to others with more moderate climates, from those heftier than Jupiter to others not much bigger than the Earth.”

“It’s remarkable that with today’s telescopes and instruments, we can already learn so much about the atmospheres – their constituents, physical properties, presence of clouds and even large-scale wind patterns – of planets that are orbiting stars hundreds of light-years away.”

Dr De Mooij says: “These observations are not only revealing more details of exoplanet atmospheres now but are also paving the way for investigating ever smaller planets with the next generation of telescopes, such as the Extremely Large Telescope.”