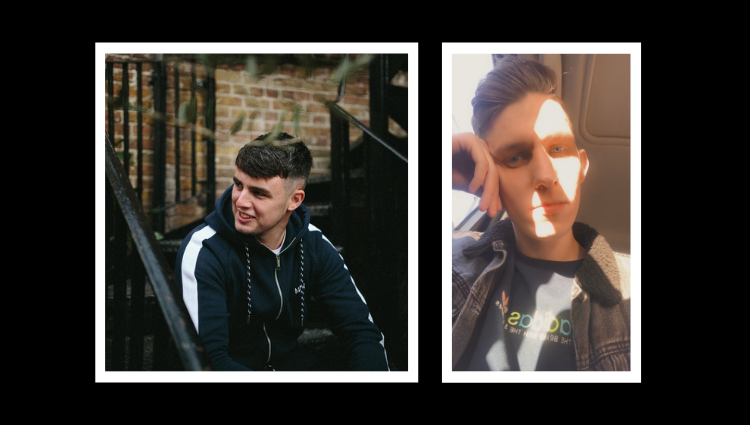 Shane Codd & Emmet Glascott: Meet The Two Irish Stars Who Are Both Similar But Different And Prove The Future Of Irish Music Is In Good Hands

Shane Codd has taken the world by storm with his single ‘Get Out My Head’ achieving millions of streams and has remixes for huge industry names such as Becky Hill, Internet superstar KSI and Ellie Goulding.

You can’t go anywhere without hearing his piano dance track which was made as the world was battling a pandemic and according to Shane, this song was a way of getting everything out of your head.

Shane has recently earned himself a record deal with Polydor records and has gained huge support from radio and DJ’s alike. He was named in RTE’s rising stars. His debut single has achieved success in America as it hit number one on dance radio and reached the top ten in Ireland. Shane has promised new music is coming very soon.

Emmet not only produces music and plays guitar but also writes his own songs himself. ‘The War’ features vocals from Sean McGrath of Stolen City who recently had their song ‘The Tower’ hit number one on the Irish charts. Sean went viral being brought up on stage at Dublin’s Olympia Theatre to sing with hit-maker Lewis Capaldi.

The song will be re-released ‘soon’ according to Emmet who has produced an indie/rock version of the song with a two time Grammy award winner and four time Grammy nominee, Dylan Wissing. Dylan has played drums for Kanye West on ‘Power’ and has played for Eminem, recently confirmed billionaire Jay-Z, Drake, Alicia Keys and Nicki Minaj. Emmet has also got Reid Johnson on guitar who has played live guitar for the Chainsmokers, Halsey and Kelsea Ballerini.

Emmet’s also worked with the likes of Romy Dya who features on Martin Garrix’s and David Guetta’s song ‘So Far Away’, Denny White who has worked with Tiesto, The Fray, Julia Michaels and Martin Garrix. Along with this, Emmet’s also landed deals with DaCosta Records, DJ John Gibbons’ label ‘Blindsided Records’ and Dutch label Wolfrage Recordings. He has a number three song on Spanish radio with his debut single. His ways of promoting his music has gone social media viral as he says the music industry is lacking ‘realness and a bit of fun’.

Emmet’s music encapsulates melancholic melody’s and deep lyrics which is a contrast from his music promotion. He has songs about mental health, love and loss and has a huge catalog of songs unreleased.

The two Irish produces certainly have a knack of working with superstars and both are doing it from the luxury of their own bedrooms. Listening to interviews they are both extremely humble and down to earth. Both producers are inspired by the late Avicii.

This is only the beginning for both artists. They are our ones to watch.

Braces-friendly Recipes You Should Know About