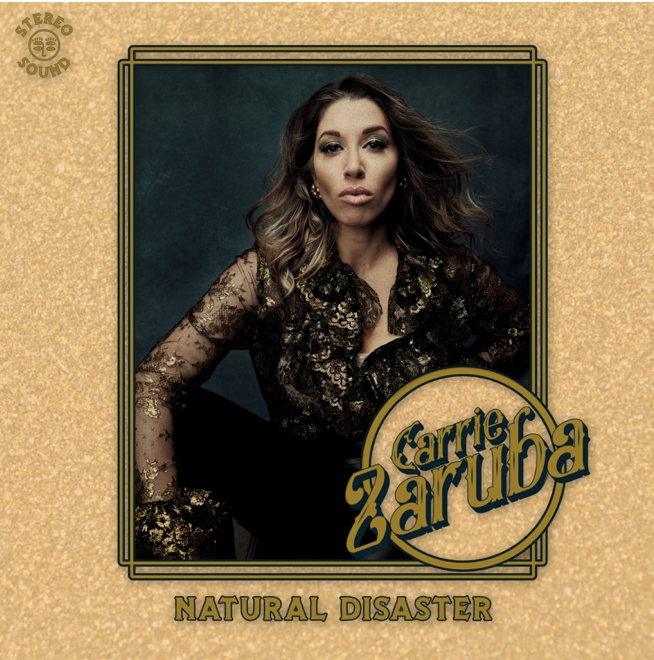 Versatile powerhouse vocalist Carrie Zaruba has kept busy over the past few years. With the release of her new album titled Natural Disaster, Carrie is ready to return to the music scene in a mighty way. The album is now available on Spotify, Apple Music, and all other digital retailers.
While drawing back the curtain on her journey to self-discovery and following the momentum of her previous albums, Carrie decided she needed to take some time to be with her family and find her true self as an artist. “I took time to develop my own writing styles without thinking they’d ever see the light of day,” says Carrie. “It most definitely plays a part in this record and where I stand in releasing it. Introspective would be the best way to sum up that period.” What she ended with was a collection of 10 stunning songs, all of which tell a unique story.

The lead single Still Here is a personal one, telling how the version of herself she was afraid was gone had been there all along. With her beautifully vulnerable voice, Carrie belts out this heartfelt anthem, longing for this familiar self she thought she lost and pours her heart out in the driving chorus.

This emotionally explorative album, Natural Disaster, which is peppered with hints of country, soul and pop comes in two parts. The first five tunes are full-scale studio recordings with heavy production while the second five have more of a scaled back, acoustic feel. All songs were penned by Carrie along with Kent Wells (Grammy-nominated producer for Dolly Parton). In fact, Carrie recorded all of the acoustic songs the day after they were written, often in one vocal take. “I wanted to fully capture the chemistry and magic, or as I like to call it, the lightning in the bottle, from when they are written,” she says, and it certainly comes across clearly. All of the songs come together beautifully as an entire work full of heart.

No One Cares – Air Pollution in India kills 1.25 Million People Every Year

Reasons To Get Into Teaching