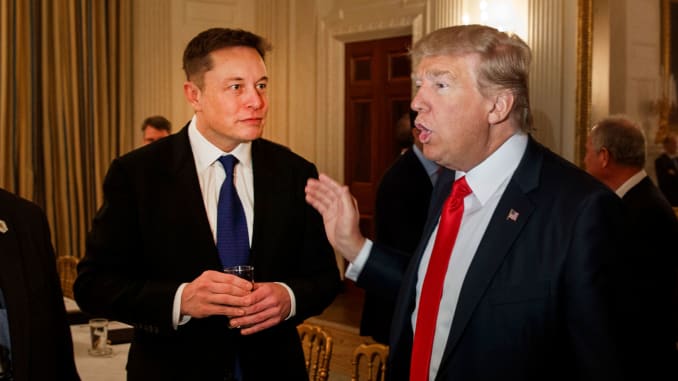 Musk’s SpaceX has been working with the U.S. government to support NASA’s historic return to crewed space flight from America. This is going to be the first time since 2011 that astronauts have made the journey into space from U.S. soil.

According to a report, SpaceX Elon Musk and President Trump are set for the historic Demo-2 launch. Originally, the launch of the Demo-2 mission was scheduled for Wednesday but due to bad weather conditions it was scrubbed. Now, SpaceX and NASA are set to try the launch again on Saturday. The launch is scheduled for 3:22 p.m. EDT.

Trump on Wednesday praised the SpaceX founder and CEO at Florida’s Kennedy Space Center. He said that Musk has been his friend for a long time.

In January also Trump praised Musk and called him “one of our great geniuses” while he was speaking to CNBC at the World Economic Forum in Davos, Switzerland.

SpaceX is a common ground for both Musk and Trump.

In an interview, Bonner Cohen, a senior fellow at the National Center for Public Policy Research (NCPPR) said, “The best minds are at companies where their talents can come to fruition. Musk’s SpaceX is one of those companies. Here … his and Donald Trump’s interests coincide.”