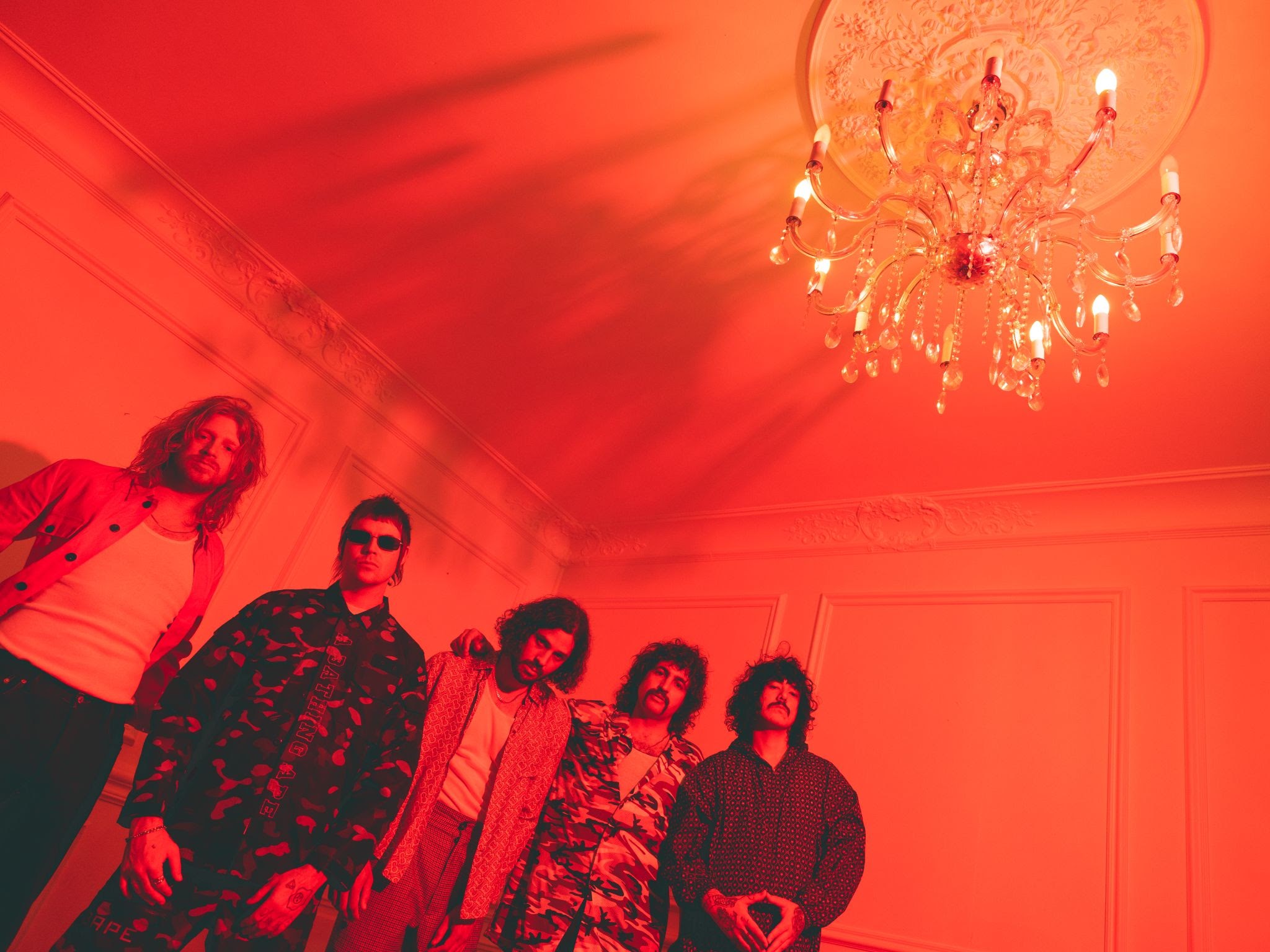 Crooked Eyes” takes a slight departure from Sticky Fingers’ signature style. Stripped back to the bones, Frost’s warm, honey-toned vocals melt over clean cut guitars and vintage organ. Layered harmonies create a spine-tingling atmosphere, reminiscent of a gospel choir, which nods to the song’s narrative of overcoming your hardships and finding the light at the end of the tunnel. “Crooked Eyes” raises a glass to all the ups and downs, acknowledging the darker times and finding gratitude for ultimately becoming stronger individuals.

Frost speaks about the creation of the song sharing, “I started recording Crooked Eyes by myself but I was shithouse with using software such as Fruity Loops and GarageBand…so I’d go back and forward playing it live then trying to make the melting computer work. For some reason that day “computer said no”. I guess that’s where Rage Against the Machine gets their name from? I remember one day Seamus rockin over in these tight little red hot shorts and me and Paddy were there…I think the other boys might have been there but I can’t remember. I would usually wake up and there would be randoms under the house or on the floor…everywhere and asking “you got a ciggy bro” in American accents, UK accents sometimes even languages I’d never fucking heard before.”

He continues, “Anyways … we’ve tried to crack this song multiple times throughout our career and have never nailed it. Until now. There are some shitty recorded versions, there are also some recorded versions which are too fucking tidy and not rough enough around the edges. I started writing the verses when I moved down south of Sydney and the song then became very personal due to my drug addictions and nifty mind sets. To be completely honest this song really is from the heart due to some pretty serious shit that has happened but also a toast to all of that shit that we were able to get over which felt soul replenishing. Once again this song wouldn’t be what it is if it weren’t for the whole Sticky family. It’s about our struggles and also the love we share for each other and our good times…you know, the usual shit.”

With over 1.5 billion streams across DSPs, Sticky Fingers are the top five most streamed Australian artists 2016-2019. With a dedicated fan base across the globe, the band have sold out Qudos Arena (Syd.), Riverstage (Brisb.), Fonda Theatre (LA), Brixton Academy (London), Fillmore (SF) and many more.