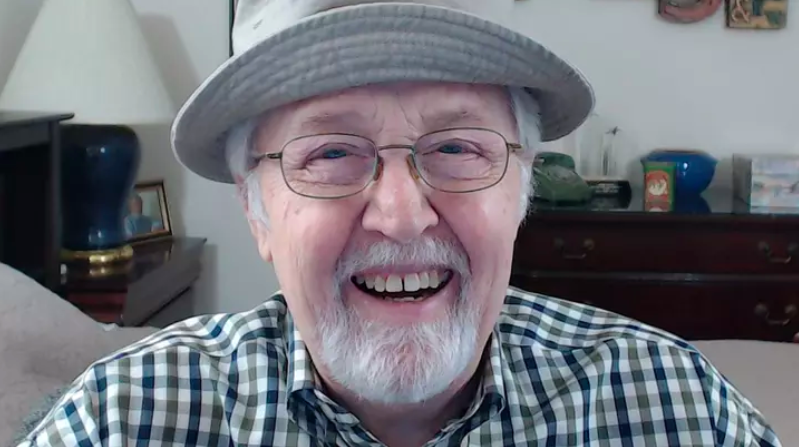 TikTok, one of the most popular social media apps in the world has become a breeding ground for young people to create funny videos and memes. The app however, targets people aged 13 years old to 30 years old. But this is something unusual on the apps, as an 81-year-old man, named Stephen Austin joined the app and simply made a sandwich.

Stephen Austin has been nicknamed on TikTok as “Old Man Steve,” and he has become viral because of his hilarious and light-hearted content. Steve cooks for his fans along with that he also gives helpful advice about life.

Steve learned how to use TikTok with Google.

In an interview he was asked how he is able to understand a social media platform made for Gen Z, he said that he just Googled things he didn’t understand. He said, “I just learned by doing it.”

Further he added, “It’s not really that hard. As you go along, you’re gonna learn more. There were a couple of things I didn’t understand, but you just Google.”

Currently, Steve has 600 thousand followers, and with he just shares his cooking adventures and words of wisdom. Many of his most popular videos have got over 200,000 views. All he wanted is to make people smile and feel good.

Speaking about his objective to be on Tik Tok, Steve said, “I’ve always been a jokester, so I guess it’s just me. Besides, I hope it makes people smile or laugh or maybe have a good day.”

About the concepts behind his TikToks, Steve said, “Most of the time, I just get before the camera and start talking. Some things you have to set the stage, but most are just off the cuff.”

Steve doesn’t have any children or grandchildren of his own, but he feels so much love through the community that he has built on TikTok. He said, “I don’t have kids or grandkids. And the young people that watch me tell me in the comments that they want me to be their grandpa or that I remind them of their grandpa or they call me their “internet grandpa” and that makes me feel good.”

Steve thanks his followers on a regular basis and keeps telling them that their positive comments and love make him feel less alone.

Once Fat and Ugly Apollonia Llewellyn now earns £10,000 every month by selling bikini snaps to fans