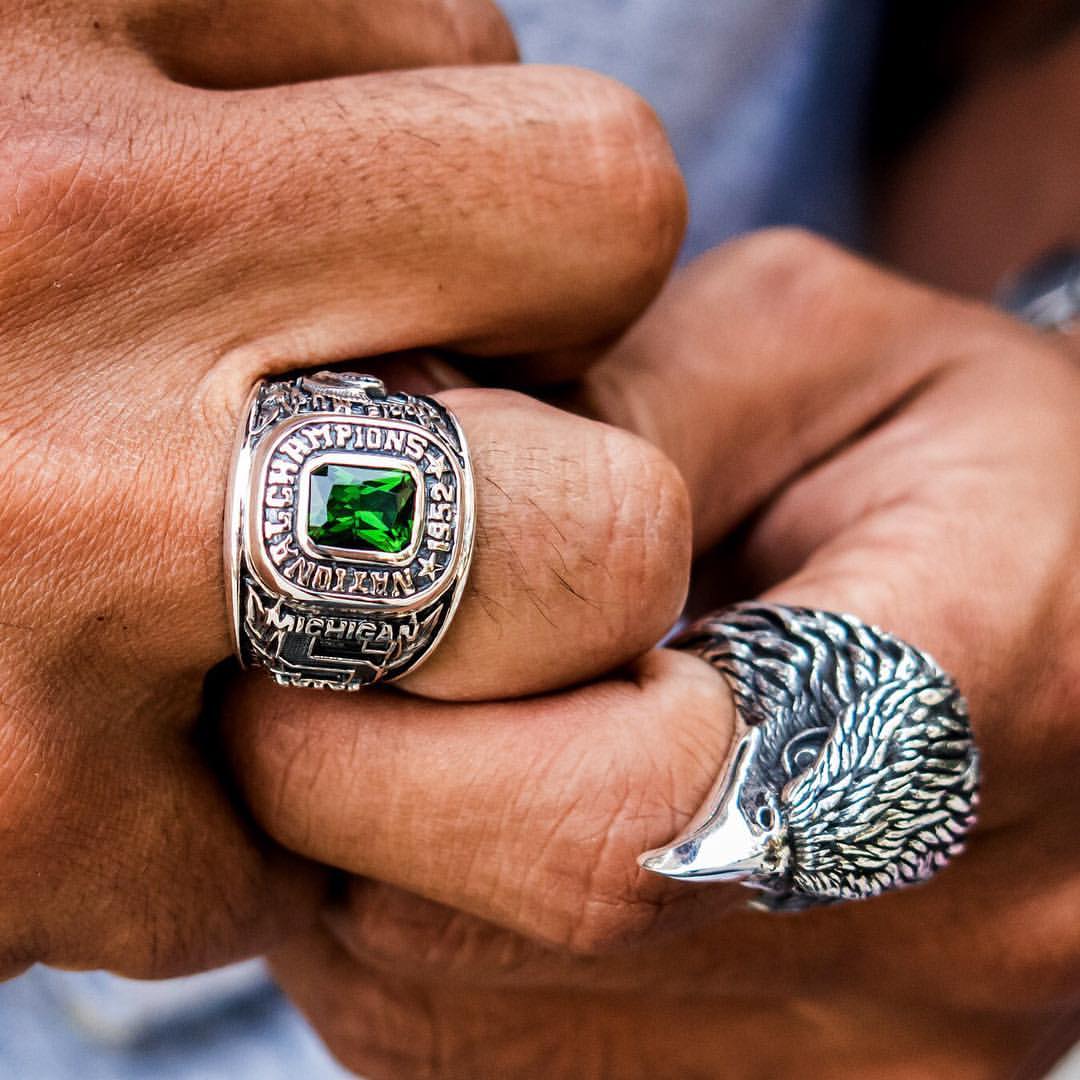 When it comes to biker rings, we think of burly, massive, and bad to the bone items that ideally blend with a masculine biker’s image. But did you know that biker jewelry has much more behind a dashing look? Every image carved on these cool-looking pieces features an interesting history and deep meaning. Stick with us and you will learn about badass biker ring designs and their significance.

The skulliest, the cooliest! Bikers rock skull rings for many reasons. First of all, to make a statement. Motorcyclists want to show their belonging to the movement and create a way to identify the fellow bikers. Secondly, skull jewelry is a powerful amulet. Bikers are not the first to utilize this symbol to draw in luck or drive away misfortune. Ancient tribes all over the world revered skulls as they believed they would protect them against death. Riding a motorcycle is not a cakewalk, it can be very dangerous. Therefore, bikers need some kind of a guardian angel to look after them while they ride their two-wheelers. Finally, a skull ring is a way to shock people, set yourself apart in the crowd, and even attract attention to your persona.

Unlike the symbol of the skull that has been known for millennia, Iron Crosses became world-famous only in the 20th century. An Iron Cross itself has been utilized by German (or its predecessors) military forces for a few centuries but this image got recognition across the globe only when it became the military award of the Third Reich. If a biker rocks an Iron cross ring it doesn’t mean that he supports the Nazi ideology. It is simply a way to show opposition, protest, or distrust of the authorities. At least, this is what the first bikers implied when they started wearing Iron crosses after World War II. Today, an Iron Cross carved on biker jewelry doesn’t carry this meaning anymore, but if you want to outrage onlookers and show how cool you are, this design is spot-on.

Unlike two previous symbols, Carp koi rings are rather cute and sweet than spooky and intimidating. Japanese koi fish are uniquely hardy, strong, and goal-oriented. There is even a legend that a fish able to reach the Dragon Gates in the mouth of the Yellow River will turn into a dragon. This journey is very long, hard, and unpredictable, that’s why people celebrate the courage of these little fish. Bikers appreciate these qualities that resemble their own traits. Therefore, they have chosen carp koi to be their totem animals. By the way, carp koi rings are widely used as wedding rings among bikers.

Whereas most biker jewelry is made of silver, bishop rings are probably the only items that are crafted from gold (or gold plating). Bikers have been inspired by Christian rings worn by clergy. A classic bishop ring is a massive item adorned with a large amethyst stone. Since motorcyclists gravitate towards chunky and stout jewelry, they couldn’t ignore such an eye-catchy design. Biker Bishop rings have no religious significance; they are just pieces of daring jewelry. At the same time, some individuals flaunt these items as a mockery of the church and its teachings.

Shandell Crutchfield is back on the scene with a brand new release, T.O.E. (Trauma…