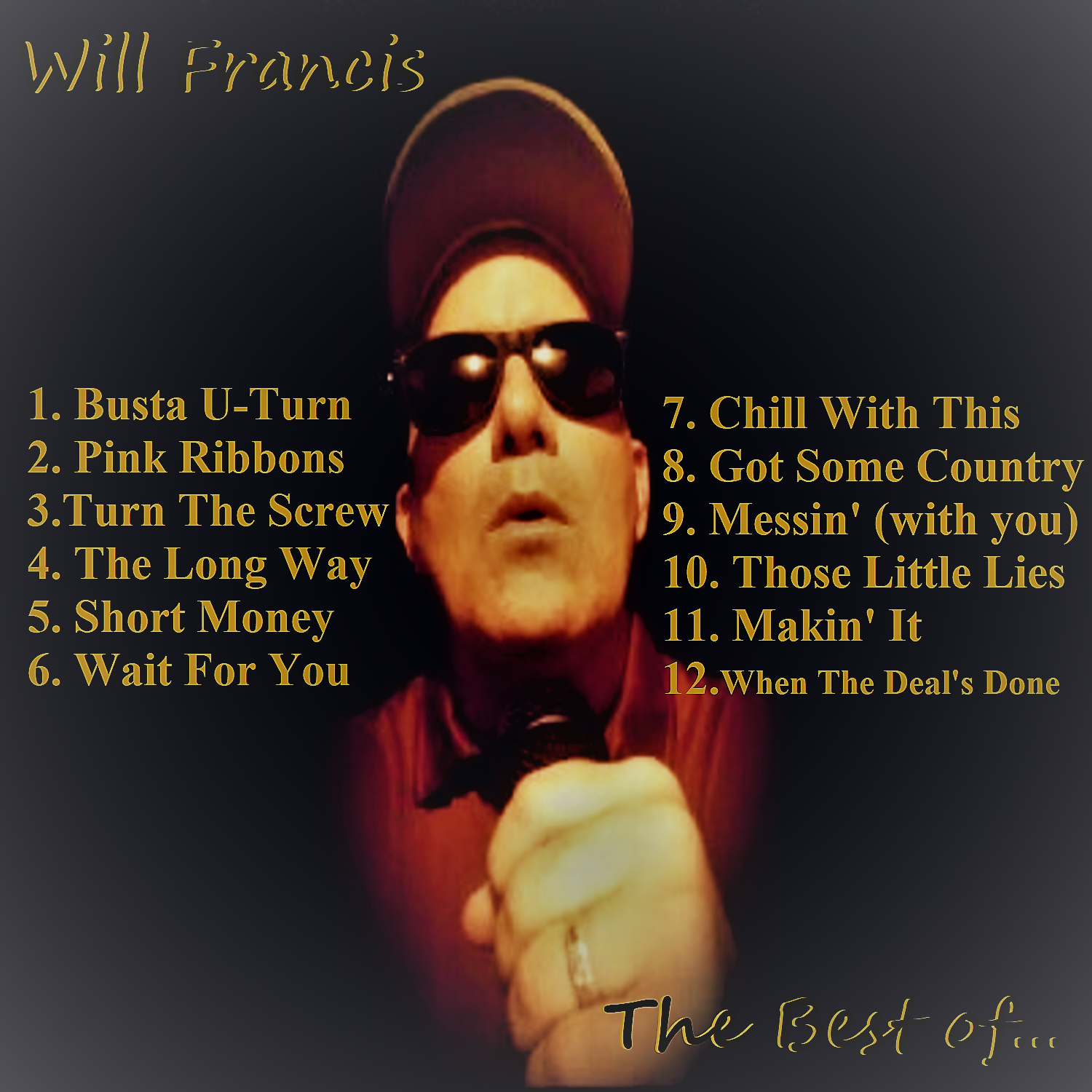 Will Francis’ The Best of… showcases characteristics of nearly every popular genre. The singer/songwriter gifts fans with a diversified project consisting of songs incorporating sounds from hip hop, rock, country and folk elements for nearly any type of listener to tune into. The album has a range of themes to go along with its multi-faceted approach to musical genres as well, discussing the bittersweet experience of watching a child grow up in the slow-paced “Pink Ribbons;” focusing on love and relationships in the folk ballad-like “The Long Way” and the tropical sounding “Wait For You;” and reminiscing his roots and going back to his hometown in the country and folk “Got Some Country.”

The album isn’t limited to just these themes, as Will Francis manages to pull in many different approaches and perspectives between each song. Will Francis even commits to a sound influenced by rap and hip hop in singles “Busta U-Turn” “Short Money” and “Chill With This;” and also rock in “Turn the Screw” for interested listeners to hear, fully committing to his goal of variation in the work.

Cleverly named The Best of…, Will Francis’ most recently released body of music definitely displays a wide range of material from quite a few completely different genres for a wild ride of a listening experience. With an old-soul voice but the confidence of an up and coming artist, this 7-year veteran in the music scene of North Carolina will surely be remembered by all listeners for his bravery in tackling multiple genres to create a single piece of work.

The Best Of… can be heard now on Spotify and all other major streaming platforms. You also have the opportunity to follow Will Francis on social media, including his Instagram, Twitter, YouTube and SoundCloud accounts if you would like to hear more.