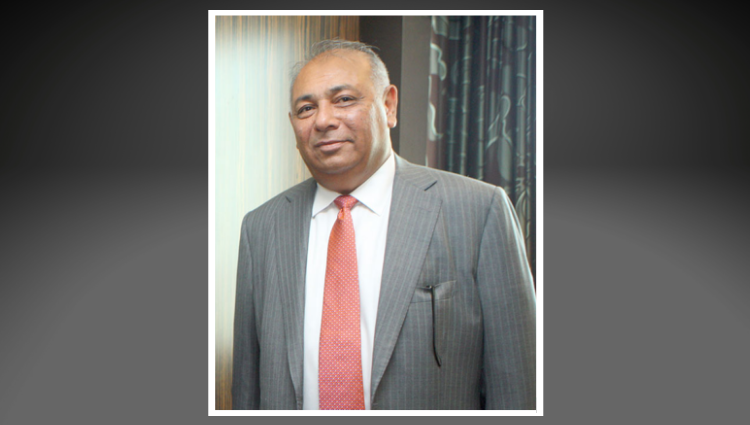 Muhammad Tahir Lakhani is the Chairman and Managing Director of Dubai Trading Agency (DTA) UAE who has created his own special place as recognised Shipping Recycling Industry tycoon around the world. Besides holding the British citizenship since 2009, he has further fulfilled his role as Vice-Chairman of the UAE Shipping Association until 2019.

EARLY YEARS AND ACCOMPLISHMENTS IN THE SPORTS ARENA

Tahir Lakhani took birth on 27th April 1962 within a highly reputed family in Karachi, Pakistan. Even while being a child, he held a special spot for sports (specifically Tennis) in his heart.

During his early years, he headed his school’s sports team as a professional Tennis player and eventually represented Pakistan at Davis Cup. He didn’t call it a day here and further marked his presence in the Junior Wimbledon while bringing some big honors to his country and family.

After making a big mark in the sports world, Tahir Lakhani then thought of exploring his future in the global corporate world. Going towards same, he entered into the Shipping industry with all the big dreams and ambitions to become a highly reputed Global Entrepreneur.

PROVING HIS METTLE IN THE GLOBAL SHIPPING INDUSTRY

During the early stages of his career, Tahir Lakhani served at a ship recycling yard of a family friend in Pakistan. For the initial 3 years, he worked with all his heart and mind in the given 12 hours shift without fail. He was allocated with the responsibility of managing and tracking the movement of steel plates at the ship yard. These steel plates were brought from the decommissioned vessels and were meant to be sold to the local traders.

After dedicating some crucial time in the shipping industry and with a future vision of extending his recycle business, Muhammad Tahir Lakhani shifted to Dubai UAE and established his own firm named Dubai Trading Agency in 1985. DTA’s came into continuation with an aim to buy and sell ships and later sending them for decommissioning at the local ship recycling yards of surrounding cities and countries.

Within a short period of time, Mr. Tahir turned out to be the first ever ‘cash buyer’ of vessels in the country who was coming on board with an established firm. Well, he didn’t stop there and went on to partner with international maritime publication Tradewinds to hold the first ever Green Recycling Conference in Dubai.

In 1996, Mr. Tahir Lakhani struck one of the biggest ship decommissioning deals ever that incorporated the purchase of three ex-Adriatic Tankers VLCC’s in international waters off the UAE and were meant to be sent for decommissioning at ports of Pakistan.

By 1997, DTA proved its mettle in the ship recycling industry after turning out to be the biggest “Cash Buyers” of ships in the globe, while selling and purchasing more than 100 ships annually.

This was when Muhammad Tahir Lakhani decided to extend his presence in the shipping industry to International platform and going same way, he then shifted to the UK along with his family. From there on, he launched and executed some significant plans while establishing some bigger and better connections in the ship recycling industry.

BRINGING SOME BIG ACCOMPLISHMENTS TO THE SHIPPING INDUSTRY IN THE UK

Mr. Tahir became a British citizen in the year 2009 and didn’t take much time in taking UK shipping industry to a different horizon. Even after accomplishing so much, he kept on with his visits to Dubai to take care of his business.  Eventually, to increase his business outreach both in terms of volume and scale, he finally shifted back to the country in 2014.

Mr. Tahir Lakhani continued with his gallant efforts to promote the UAE as a crucial regional and international hub for maritime trade and logistics. Currently, DTA has proved itself as a big name in the global ship recycling business.

JoaThePlug a.k.a. Joa Enkin Becomes The Connection Between Celebs & Brands

Psychological Stress in soldiers and process to resolve ….