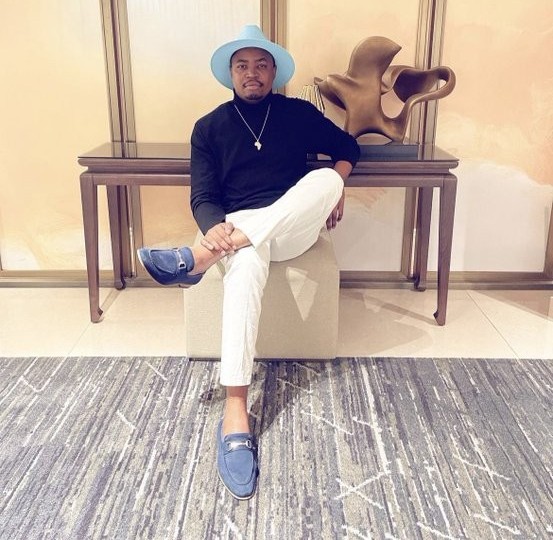 The King Of Congo

Prince Arnold, known to most as the Prince of Kinshasa, sets his eyes on the throne. His kingly ambition leads him to pursue his aspirations, as he is set to be crowned the people’s King of Congo and Hollywood’s African royalty. Prince Arnold Kufulula, born 23 October 1989 is a member of the Congolese Kufulula Royal Family of the Bapindi Kingdom in The Democratic Republic of Congo. He is the elder son of established state executive, former general secretary of Bolloré Logistics, and current Director of Cabinet, office of the Deputy Prime Minister and Minister of Transport and Communication, Hon. Rex Kufulula. Prince Arnold is also the crown prince and grandson of King Lambert Kufulula Kabamba. Since birth, he has been first in the line of succession and heir apparent to the Congolese Bapindi Kingdom throne. Born in l’Hôpital Saint Joseph de Kinshasa/Limete, Arnold was educated at College Saint Raphael and Université Protestante in Kinshasa, and Garden City University, in India. He spent parts of his gap year in India and The United States of America completing business ventures. In April 2012, Arnold graduated from Garden City University with a bachelor degree in computer application.

As a royal ambassador of Congo, the crown prince represents the Democratic Republic of the Congo in official capacities and engagements through his diplomatic office. He is a supporter of a few philanthropic organisations, such as the Sophie Parker Foundation and Royalty Noire’s social responsibility initiatives. He also works on personal initiatives, focusing on orphanages and abandoned kids for his charitable endeavours. Kinshasa, the nation’s capital, is where Prince Arnold was born and nurtured. At Paroisse Saint Ignace de Loyola, he was baptised.He was raised by his single mother Micheline in a small compound in the Batandu neighbourhood. Arnold was brought to live with Rex and Sylvie Kufulula when he was four years old. It was there that he would learn about his royal heritage in 2008, according to his grandfather Lambert Kabamba, a previous king of the Bapindi Kingdom. Following Arnold are his two siblings, David and Divine Kufulula.

The Kufulula Estate in Kinshasa served as the home for Prince Arnold and his siblings. Since he was forced to live below the poverty level before the age of four, Arnold earned the moniker “Wolf of Congo.” He had been born without knowledge of his apparent heir status and royal title. He followed his grandfather’s final instructions and travelled to India and the United States for education and professional development by the time he learned the truth, at the age of 18. Prince Arnold and his bride Cecile Halima were married in a secret ceremony in July 2014, according to the Kufulula household.The couple had become engaged in Illinois in 2013. The elopement took place in secret. While the couple was briefly residing in Dallas, Texas, Cecile gave birth to two girls, Aspasa Kufulula and Cipriana Kufulula, in 2015 and 2016, respectively. Prince Arnold did not inherit the family heritage or estate given by his grandpa, King Lambert The Great of the Bapindi Kingdom, due to a political coup and the exile of his mother from the royal family. In 2009, the government of Kinshasa and the DRC’s president’s office reinstated Prince Arnold to his proper position and granted him chieftaincy.

Prince Arnold learned the value of charitable causes and non-profit organisations, particularly those that support orphans. because he was once banished. At the age of 21, Prince Arnold was named Crown Prince of Bapindi and Prince of Kinshasa. In 2022, as a Democratic Republic of Congo ambassador, he performed his formal and public diplomatic duties in such capacities. Arnold attended private schools, beginning at Ecole Belge in the Congo. He then enrolled in College Saint Raphael. During the summers, he received individual tutoring and played basketball, football (soccer), and chess. Prior to taking a year off to travel, he began studying economics at the Protestant University of Congo. Bangalore, India is where he finished his bachelor’s degree in computer application and picked up Hindi. In 2012, Arnold returned to Kinshasa after completing his studies in India.

African excellence is personified by Prince Arnold. He developed a premium wine and tequila label bearing his name over time. He is now constructing Oasys Royale, which will soon be one of the most opulent luxury real estate companies in the Democratic Republic of the Congo (DR Congo), Roi Royale Club, a luxury fashion house, and Royalty Noire, an exclusive African production and publishing studio. Being a Bapindi Kingdom monarch in his fifth generation, his regal heritage unquestionably influenced his quest for African perfection. He is living proof that enormous aspirations may come true in Africa for everyone who believes, yet his humility is founded in the modesty of his upbringing, a divisive truth. He has a lot of compassion for abandoned children. His philanthropic initiatives, which he wishes to keep secret, have been supporting many charities and local communities since 2018. They include funding, infrastructure development, social housing, and other initiatives. A handful of Arnold’s publications are about to be released, including Wolf of Congo, a self-help book and biography based on his life. Additionally, he has given the go-ahead for the creation of the late 2023 releases The Prince of Kinshasa series and the Wolf of Congo movie.

An Epic Tale of Power – ‘King of Congo: Wolf of Congo’

How to select the premium turfs for lawn