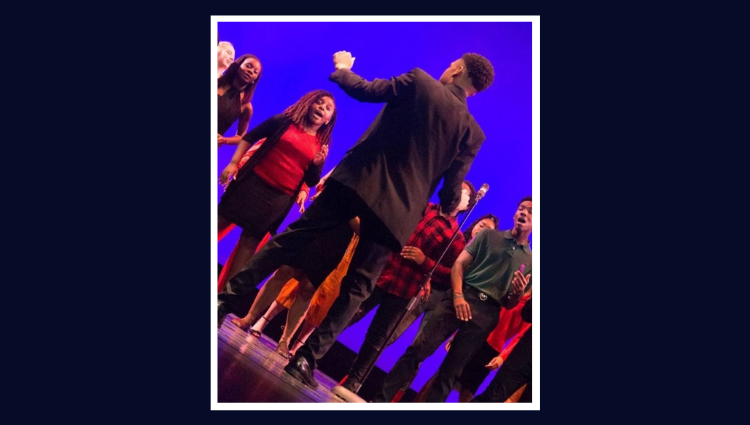 The Next Music Icon: Justin

Charismatic. Gifted. Bold. These are only the tip of the iceberg when describing the persona of Justin Reid. The established 19-year-old from Jacksonville, FL may just be a musical superstar in the making. What sets the artist Juśtin apart from many local and even credited artist in the music industry is his effortless ability to transition from genre to genre while still being able to spellbind his audience. A prime example of this can be heard in his latest project, Rookie 2 King. The introduction to the album is presented in the form of a well-known, powerful spiritual sung through generations in the African American community, Wade in The Water. It is from there that the tone switches to an aggressive, cocky and absolutely wild sound as he declares his authority over the rap game in his smash hit, King Peanut. Later on in the album we get to experience a multitude of genres such as Pop, Rock, Gospel and R&B.

The Motown hopeful has much more to him then just music. Justin carries a sense of humbleness to music that we rarely see in today’s culture. This attitude is evident in a quote from the young star himself: “I want to treat music similar to how the late Kobe Bryant treated basketball. I want to be a student of the music. That’s why in the beginning of my music career, I named myself Justin Time The Rookie. To pay respect to the legends that came before me.”

Justin’s road to where he is now is a path many pray they never have to encounter. In his promising 19 years on earth Justin has been a victim of homelessness, abuse, and even racial injustice from police. It takes little thought as to why his music seems packed with knowledge beyond his years. But even in the midst of trials and tribulations, Justin not only found a way to survive, but to use his testimony to inspire others through his music. You can listen to Justin’s latest project, Rookie 2 King, out on all platforms now.