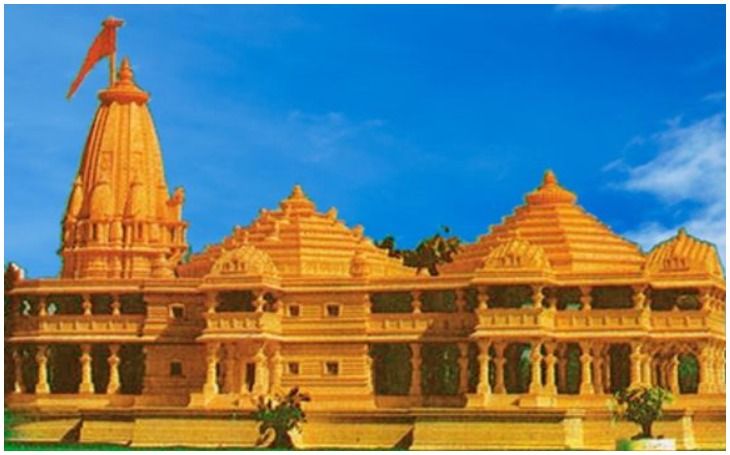 The supreme court decision comes after long deliberation to end the hotly debated issue and conflict, for the decision has been delivered as declared, on the basis of facts and in-depth investigations without getting influenced by beliefs and faith.

The Indian citizens have been, awaiting the decision of the court to put to end an era of conflict. The Honorable Prime Minister, Shri Narendra Modi Ji has again put to display his wise leadership by expediting and facilitating the service of justice in the right environment and perspective.

Very rightly Tweeted by him – ” That the decision must not be taken in the spirit of victory or defeat but rightly as a judgment.” The words stand, as a guideline and it is the moral and political responsibility of every responsible citizen and citizens’ representative to spread the news in the same spirit.

The executive and the fourth pillar of democracy – “The Press” must facilitate the notifying of the decision in the same spirit to one and all. It is a gargantuan task as the second most populated country of the world has a wide, discrepancy in the level of education and any misconstrued or wrongly presented in spirit can mislead, the highly stressed and religiously charged individuals at the ground level.

The again and again, repeated statements of the same spirit needs to be highlighted till it becomes strong and clear to one and all that the justice has been served to ensure harmony after putting an end to the long stretched conflict of viewpoints. The wrong presentation by rabble-rousers who pretend later, to be a leader of the sectionised population needs to be checked so that the spirit of the justice and the desire of harmony by the honourable Prime Minister and the honourable Home Minister is achieved and sustained.

It is important to branch out in excessive numbers of disciplined representatives, to relate the message rightly. Often due to demographic factors of our country and unfortunate political opportunist, the objective in spite of best intention remains misunderstood.

Integrating plurality to the singularity of belief, is essential for a country like ours with extensive diversity in belief, faith and worship. Firm enforcement is certainly mandatory over the freedom of expressing various interpretation, by many as their democratic right in such a sensitively debated issue.

The sagacity of the honourable jury, including the Chief justice of the Supreme Court, stands unquestionable and any deliberations with plural connotations need to be curtailed in total.

It is unfortunate that in our largest democracy of the world psychologically facts are misrepresented and sectionism is promoted to facilitate leadership stature, inspite of absent foresightedness and thus, they wrongly use the status of overburdened judiciary in getting away, unaccounted for their playing with words wrongly and sensationalizing their presence.

The Indian citizens have been sadly misled time and time again by such, psychological invasion of plunderers who, ransacked the country from its prosperity. It is a fact, that suitably moulded sentences as per psychological choices of people, gain instant popularity as they seem alluring and gratifying,however when, the administration of the country is required, the singularity of the opinion of the judicial and political head, without any altered shades must be served to the masses, to consolidate the psychological opinion of the masses and thus governing, their future actions to right adherence for the national interest of unity and integrity.

“God Bless us all with wisdom to absorb – the justice served by His Excellency,The Chief Justice of India , Shri Ranjan Gogoi along with other judges and to cooperate fully with Honorable Prime Minister, Shri Narendra Modi, the Chief Executive Head, in ensuring the harmony among one and all, in our nation rich with diversity of beliefs and faith.

Radmila Lolly Is The Artist With No Limits