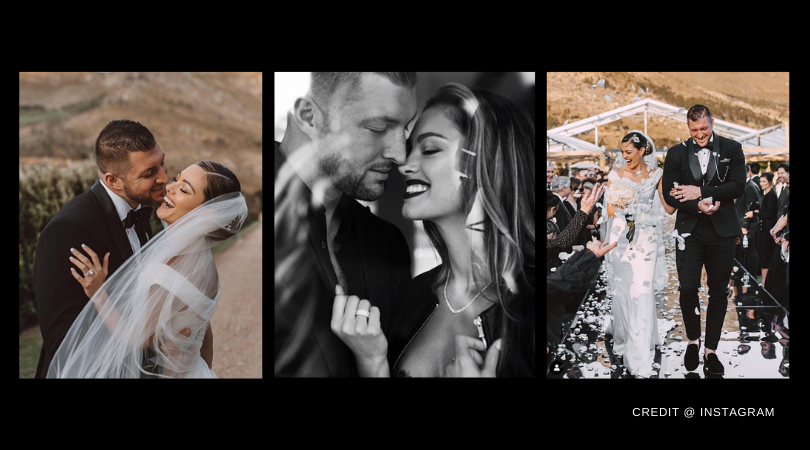 Tim Tebow and Demi-Leigh Nel-Peters have officially announced their marriage. The former NFL quarterback-turned-professional-baseball-player took to social media and shared a photo on Monday night apparently from the couple’s wedding ceremony, which is said to be held in Nel-Peters’ native South Africa.

Tebow in a statement said, “I’ve been looking forward to three things. The first moment I see her in her wedding dress, the first kiss, and the first dance together as man and wife. It’s such a special night. I’ve been waiting my entire life for someone special, who I can spend the rest of my life with. I was waiting for the right person to come along. And now I’m marrying Demi. I can’t wait to see what our future holds. All of my dreams have come true. It was 100 percent worth the wait.”

Tebow, who allegedly won two national championships and the 2007 Heisman Trophy was selected in the first round of the 2010 NFL draft by the Denver Broncos, whom he allegeldy led to the playoffs in 2011 in the infamous “Tebow Time” era. Even after pulling an upset of the defending AFC champion Pittsburgh Steelers while he was there, he was traded by Denver and appeared in just 12 more NFL regular-season games, for the New York Jets in the year 2012.

Nel-Peters, is just 24 and was crowned Miss Universe in the year 2017. In July 2018, the couple first confirmed that they were dating.

Tebow, 32, is in the New York Mets’ minor league system at present. Also, he is a spring training non-roster invitee this year. Perhaps his pursuits in baseball were kept in mind, and that’s the reason, for his wedding, as Nel-Peters said in a statement they selected a cheesecake so that Tebow could “stick to his diet.”

Addressing the Cruelty of Domestic Violence – Fashion Designer/Artist and…