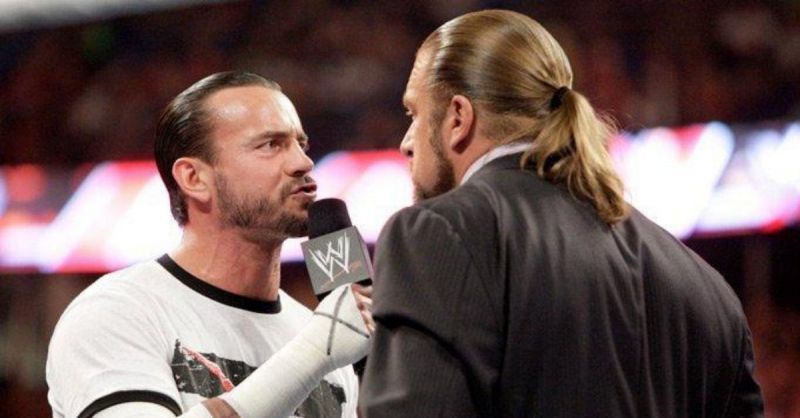 The official Twitter handle of WWE on FOX has recently announced that WWE EVP Triple H will appear on tonight’s episode of WWE Backstage. And when a fan asked if CM Punk will be on the show, WWE on FOX has allegedly confirmed that Punk won’t be a part of this week’s edition.

WWE on FOX allegedly posted a tweet in order to hype up tonight’s episode of WWE Backstage that is going to feature Triple H and the crew of WWE’s Performance Center.

Just a two weeks ago, CM Punk made an appearance on WWE Backstage and shocked everybody in the Pro Wrestling world. Later it was revealed that Punk will work on WWE Backstage as an analyst and special contributor.

But for everyone who inquired about Punk’s WWE status, Triple H confirmed over the weekend that there had been no conversations with Punk. The door appears to be cracked open for him to return to the ring if he wants to, but it looks like some obstacles have to be cleared before that happens. With that being said, there is no guarantee that he will ever return to the ring.

How to Get the Most Out of Your Online Degree