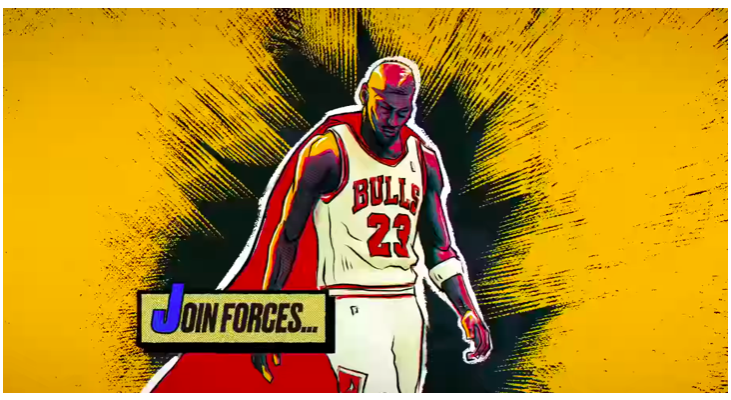 NBA 2K21 is always brimming with news, updated player ratings both liked and disliked, and much more. Let’s take a quick peek at what’s going on in the World of NBA 2K21 to help you better prepare for future games.

NBA Unlimited game mode is back with a fresh paint job

Ranking has always been a tricky thing to balance in NBA 2K21 MT. 2K Games has always tried to deliver a fulfilling and satisfying experience. But, no matter how hard they tried, Unlimited still felt pretty lacklustre. The grind and long matches didn’t seem worth it. They were either too long or the payout  wasn’t. A small group loved the game mode while others forced it, seeming there was no better alternative.

However, thighs are different now. 2K games reworked the Unlimited 5v5 gamemode in order to make it more entertaining and challenging to players. They have introduced a new tiered system So players who aren’t that good, can stay in a lower tier of the same rank, and not worry about dropping a rank when they lose a game.

Progression carryover from CUrrent to next Gen

Players wondered what would happen to their MT, cards, tokens and all over progression upon the release of the next gen consoles. Maintaining a good and powerful team is no joke in NBA 2K21. It takes time, patience and hard work to find and collect good cards and create a viable team within the game. Most players couldn’t handle the idea of losing all that progression to a simple console update.

However, the devs came through with this one. They have announced two consecutive updates both for current and future gen consoles. NBA 2K21 is the best basketball game out there and it is set to release on Xbox 1 and PS4, two to three months before it is made available in Xbox X and PS5. So, if you plan to buy NBA 2K21 MT, go ahead and do so, because the game is here to stay for a very very long time.

Do you want to test your limits? Do you want to try out your knowledge about the game? Are you looking for a serious challenge that is tougher and meaner than anything you’ve experienced before? Well, MyTeam Limited has got your cover.

MyTeam Limited is designed to be a league-ish game mode that is exclusively available during the weekend. It imposes new modifiers and lineup restrictions to keep the game entertaining and fresh. It also provides a challenge to the long time veterans and a fun-filled experience for new players.

In terms of the prize pool, you get based on how many games you’ve managed to win in NBA 2K21 MyTeam, however, that’s not the ultimate goal of the game. The main goal is to earn “Championship Rings”. You exchange the Rings for some cool prizes at the end of the season. The rings make it well worth the grind and practice players put into this particular gamemode.

So you’ve returned from school/work and want to settle in and play a few matches of NBA 2K21 MT. However, the internet is down and latest intel suggests it won’t be up for the next few hours. What do you do now? Well, you can open the offline mode and start paying. Yes, NBA 2K21 has finally introduced a new offline mode for the more casual population and also those without the internet. Each season in the Offline mode is about 6 weeks long and the first season started with a PD Stephen Curry as a reward. Pretty cool right?

So you have tons of duplicate cards that don’t fit your playstyle. Heck, these cards aren’t even metan and from the looks of it, never will be. They will sit and collect dust on your virtual shelves till the end of time, or will they?

Now hold your horses. The new trade feature is not available for player to player interaction. You can only exchange a certain set of cards and that too with an ingame bot or the game itself. Allowing players to exchange cards will topple the entire ingame economy. But with the rising popularity of the game, more and more players are left with useless cards collecting dust. So in terms of the big picture, the trade feature is quite welcome as it will help you change some cards for better ones.

Positions locks are making a comeback

Position locks have been the most debatable and controversial topic of the past NBA games. However, that didn’t stop it from entering the new NBA 2K21 MT. what position locks does is restrict a players flexibility to a maximum of two positions. Now one hand, this feature was implemented to make the game more realistic and deliver an authentic player experience. But some players accuse the feature of sucking the fun out of the game.

While this is a never ending debate, the fact it’s making a comeback in NBA 2K21 MT only proves that it works, as far as the majority of the NBA community is concerned.

Badge cards are back

Badges are one of the most powerful features that’s been introduced in NBA 2K21. It can quickly boost the power level of old cards, bringing them at par with the current generation of NBA players. You can customize the playstyle of your cards by attaching badges to them. The rarity of these cards range from Bronze, all the way up to Hall of Fame.

Evo cards are a unique feature and lets you develop your team as you play with them. The new evo cards offer more control on your characters because of a new branching mechanic. So when you have an evo card that reaches a ‘choice tier’ you can select between two stat boosting badges. The one you choose will modify the character permanently, granting a sense of progression and investment which further adds to the playing experience.

Stay tuned for more info about your favourite game, and until then, have a good game!