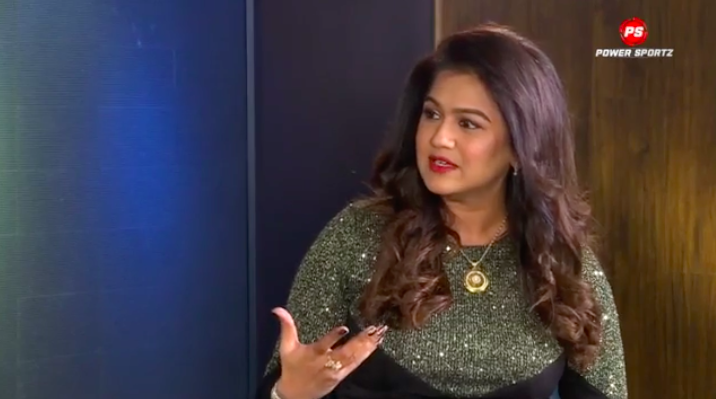 Most of us must know Kanthi D Suresh, , the one who hosts Power Sportz’s flagship show Talking Turkey with Kanthi every Friday. Of course, we all know her as the founder of Power Sportz, but hardly people know how hard it had been for her to establish herself in the field that is believed to be predominantly meant for males.

Many wonders what so special about Ms. Kanthi that she trends every weak. Her consistency, honesty, and fearless attitude towards her work makes her trend every week. She fearlessly digs issues on her show “Talking Turkey With Kanthi” that no other channel would even want to touch upon. In her interview with Arjun Chaudhary, she herself admitted that she is a content person and personally believes in bringing the right and strong content for the channel viewers that makes her stand out in this male-dominated industry.

In her recent discourse, she admitted that she was nobody, she even lost her identity in the pursuit of her passion. However, because of her attitude she could successfully achieve what she embarked for in the year 2015.

We have regularly been updating you about Kanthi D Suresh, she is the same lady who recently brought forward a bookie on her channel and unveiled the ugly reality of MATCH FIXING in cricket fraternity and domestic football!

Do WATCH the latest episode of Talking Turkey with Kanthi and know more about her Impressive Journey from an employee to a successful entrepreneur in the field that’s dominated by males.