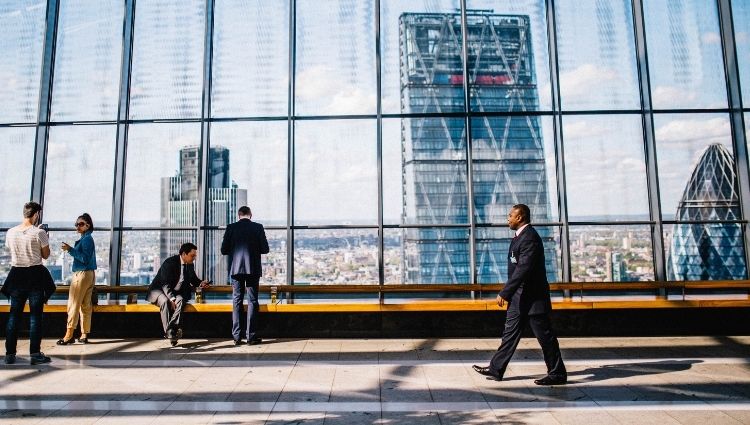 In the United States, about 300,000 jobs per year are outsourced to a foreign service provider. India, which accounts for approximately 55% of the U.S. global service sourcing market, is a leading destination for these jobs. “Outsourcing of selected business functions is simply a fact of life in today’s global economy,” says Neelesh Rangwani, founder of Delhi-based virtual assistant provider Wishup. “India’s highly competitive educational system and enormous English-speaking population make it a natural partner for highly demanding U.S. employers.”

On the last day of June 2021, the US Bureau of Labor Statistics reports, job openings grew by more than 590,000 or by 6.5%. The largest job opening increase was in the professional and business services—more than 227,000.) It is precisely this area in which most staffing agencies work. Approximately 45% of employees hired through a staffing agency will be employed in the clerical/administrative and managerial areas.

The need for these services, explains Rangwani, is skyrocketing; the global outsourcing market, valued at $92.5 billion in 2019, will be worth an estimated $397.6 billion by 2025 for IT sourcing alone. However, he notes, Indian outsource service providers face certain obstacles in making their case to U.S.-based companies.

One such obstacle is the legacy of more than 30 years of suboptimum India-based call-center history. For some Americans, the sound of an Indian accent raises immediate assumptions of not being understood. The other concern (and dislike) is a discriminatory attitude toward “job thieves.” Some in this country, notes Rangwani, blame India and Indians for a perceived loss of employment opportunities for U.S. citizens.

The most effective way for Indians to deal with these preconceptions, says Rangwani, is not to argue with them but to render them obsolete. Rangwani started his own staffing company with the goal to overcome these misconceptions by providing high-level fractional employees to help fill a growing need. The first step involves winnowing out 70% to 80% of candidates on the basis of resume/CV alone. It is followed by an aptitude test, followed by a written English test. Those who make it past these levels are then interviewed in English. This interview also serves to measure their ability on more than 50 parameters of language skills. Those who do well in the interview stage—about two percent of all applicants—are offered employment with the platform.

These outsource resources, Rangwani emphasizes, are not interlopers; they are a vital resource for growth- and performance-oriented U.S. companies. The annual turnover rate among American employees in some U.S. industries, including information (44.8%), real estate/rental and leasing (49.4%), and professional and business services (69.2%)(6), force employers to be constantly hiring, and to maintain—or outsource—a fulltime training and staffing operation to deal with the problem.

Virtual assistants run the gamut of professional services—from executive assistants to project managers. Approximately 55% of companies and 74% of offices in the United States use temporary and contract staffing. On average, more than 3 million people in the US work as temporary or contract employees during a week.

India, notes Rangwani, has 125 million English speakers(8) and has an educational system as competitive as any in the world. “India,” he says, “is a major player. So, if America doesn’t give you the employees you need, feel free to look elsewhere—and don’t let the bygone legacy of sometimes poorly run call centers get in the way of your success.”