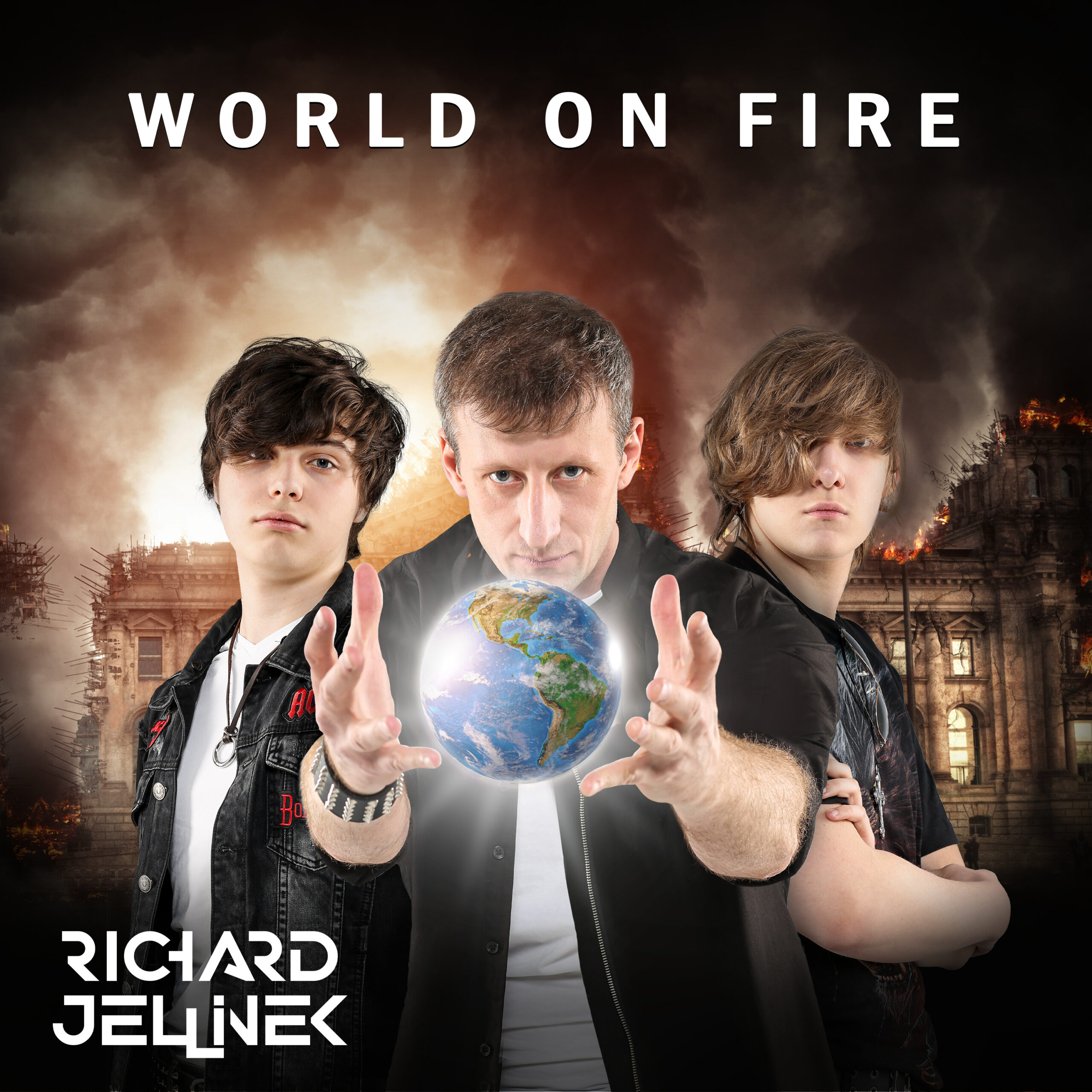 Are you on the lookout for new music? Well, look no further! A Polish musician, lyricist and guitarist Richard Jellinek (real name Ryszard Jellinek) is here to blow you mind with his euphonious songs. After a long hiatus, Jellinek decided to resume his music journey and since then, he has been determined to make songs after songs to fulfill his goals; his goals to inspire people and make the world a better place. He ensures that all his compositions speak about real life problems or situations ordinary people face almost every day in their lives. Also, the music and instrumentals in his songs feel hypnotic because once you start listening to them, there is no going back. Most of his songs have that 80s rock kind of vibe but this talented artist surely knows how to subtly add a touch of modern contemporary rock into them. Even if you are not into rock music, the soul-lifting and motivational lyrics of his songs are enough to keep you coming back over and over again for more music. It is very unlikely of musician in today’s day and age to make meaningful music but Richard Jellinek is here to fill that void.

When the world got struck with the Covid’19 pandemic, Richard realized that many people lost motivation to make life better for them. That is when he realized that he can use his music as a source of spreading positivity and inspire people to get their life back on the right track. Since then, he has created a wide array of songs that either inspirational to tell some kind of tale that is extremely relatable. His last two songs are a great exemplar of the kind of music he makes. “Tyson Fury Gypsy King”, a song about the king of the boxing ring and two time world champion. In the song, Richard tells the unheard story and struggles of Fury’s life and tells his listeners that if he can make it out of the darkest times of his life, so can we. The only two things required for that is your faith and hope. Isn’t that the most beautiful message? Next up is “For Your Love”. It is the most perfect song to dedicate to a significant other because of its sweet and romantic lyrics. Although it is not like every other love song, the music video follows a matrix like theme which makes it futuristic which is not typical for such a song however, the theme fits perfectly with the lyrics.

Recently, this incredible songwriter released another song with an extremely powerful message. He has shown his immense love for the planet in his most recent single which is called “World on Fire”. Even title of this song shows realism and one can easily get a hint of what the song is about with its name. It actually makes one realize that our world is going through chaos right now. There is fire everywhere you set your eyes. The wildlife is slowly dying, forests are burning, humanity is being crushed right before us and then there is war. The lyrics of the song have the potential to move mountains as they address major problems our world is fighting against. Richard is a huge ambassador of world peace and he wants his songs to reflect that. With this one, he has done it in the most herculean way possible. With the verses of “World on Fire”, he has narrated a story of an individual who woke up in a world where nothing feels alright anymore. Everything is destroyed and the individual cannot recognize the place. He says to himself that he slept in a utopia where everything was picture perfect but after he woke up, everything was different. You would expect, it does not get more emotional than that but it does. Here are some lyrics from the song that really touch the heart. “World’s on fire it takes me down – Mother Earth is crying – Cause we changed God’s plan – For this brand new world on fire!” This planet is our home and it is our duty to protect it yet we are ignorant enough to let it go. Jellinek calls out corrupt and selfish politicians in the song as they are responsible for the condition of the world. The track also hints at the situations of countries like Syria and Afghanistan. The entire message of the song is that the world would be a much better place to live in if we all have empathy in our hearts. Even the smallest of deeds can be the reason for big changes. It all starts from one person and then positivity will spread like a wildfire. At times it might feel like we are in too deep into the disasters and the chaos but it is never too late and we can still bring peace and harmony into the world with our kindness and empathy.

Although the message of the track is strong enough to keep you listening to it on repeat, it would not be a Richard Jellinek song without a catchy tune to it. The music in the back and instruments definitely do the lyrics justice. It helps accentuate the powerful meaning of it and gives the listener motivation to make changes into the world even if they are small. The song actually lifts the spirit up and in one way or other we can also relate to the actual purpose of the song which makes it even more influential.

On September 3rd, 2021, “World on Fire” became available for public to jam to. So, why are you still waiting? Visit his YouTube page to hear all of his tracks, including the most recent ones! You’ll thank us later for introducing you to your new favorite rock artist.