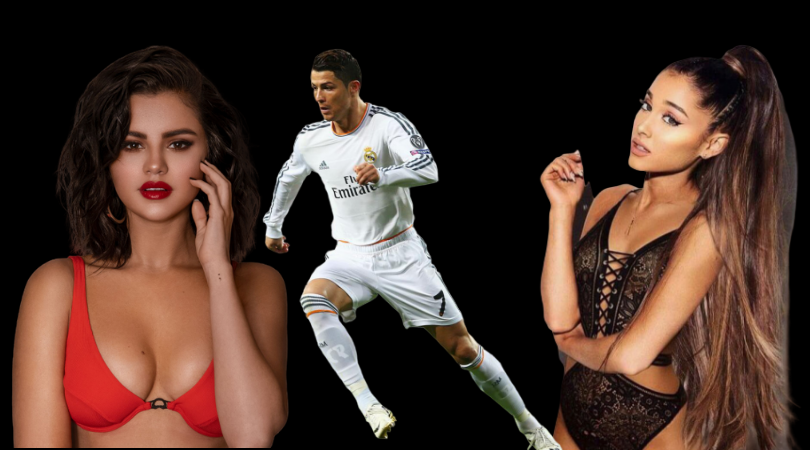 No 5. Selena Gomez – The actress and singer-songwriter, Selena Gomez makes less than $900,000 for every sponsored Instagram post and hence she is at number 5. The founder of a makeup company brand ‘Rare Beauty’, is famously known as “America’s Sweetheart.” Gomez, who is involved in various charitable organizations became a UNICEF ambassador at 17.

No 4. Kim Kardashian – Kimberly Kardashian West, an American media personality, businesswoman, socialite, model and actress is at number 4 as she makes $910,000 for each sponsored Instagram post. The-39-year-old has attracted worldwide attention after “Keeping Up with the Kardashians” first aired in 2007. Kardashian West, who frequently posts sponsored posts to her account owns clothing, fragrance and beauty lines.

No. 3. Cristiano Ronaldo – Number three position is held by Ronaldo. The-35-years-old soccer player makes $975,000 for each sponsored Instagram post. He is in fact, the most-followed media personality across all social media platform. Ronaldo has 206 million Instagram followers.

No 2. Ariana Grande: At number two position is – the Popstar, Ariana Grande. The-26-years-old makes a little less than $1 million for each sponsored post on her Instagram page. Known for her girly style and feminist song lyrics, she is the third most-followed personality on Instagram.

Before starting her singing career, Grande first made her name on a Nickelodeon children’s TV show. She has been awarded with many awards, including, a Brit Award, a Grammy Award, two Billboard Music Awards, three American Music Awards and eight Guinness World Record awards.

No 1. Kylie Jenner – With $1 million per sponsored Instagram post, Kylie Jenner is at number one position.  The-22-year-old celebrity influencer, who made her name on E! News’ began her own makeup business at age 19. Jenner has more than 164 million followers.