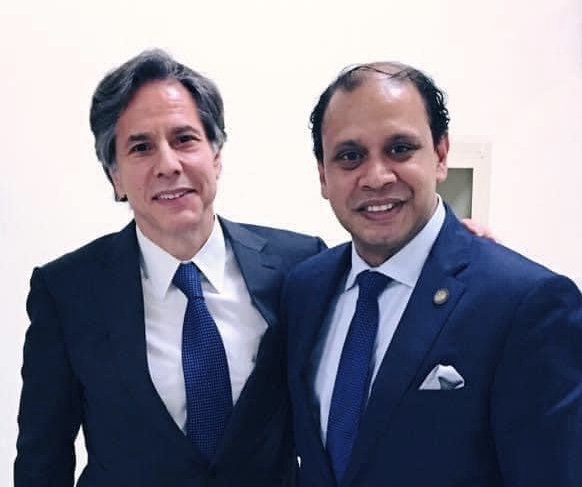 He is a political figure and humanitarian who always looks out for the people of Bangladesh.

Zahid F. Sarder Saddi expresses his agreement with the sanctions issued by the U.S. to the current regime of Bangladesh. The advocate also thanked Secretary of State Antony J. Blinken for his role in this decision.

In his direct address to the press in Washington D.C. on February 12, 2022, he stated, “Since 2009, when Bangladesh’s Awami League regime came to power, enforced disappearances have become a daily occurrence. If Secretary-General Antonio Guterres is serious about ending human rights abuses by UN peacekeepers, he will ensure that units with proven records of abuse, like the Rapid Action Battalion, are excluded from deployment. The role of Bangladesh’s notorious paramilitary force, RAB, should be reviewed following the U.S. sanctions.”

The sanctions were imposed to exert pressure on Bangladesh’s present government to end human rights breaches carried out by the Rapid Action Battalion (RAB), an elite paramilitary group that was founded in 2004. The RAB’s mission was to prosecute drug dealers and other violent criminals, and it was well-received when it was first established.

However, the RAB was linked to a number of extrajudicial deaths and disappearances of political activists who opposed the existing regime. Zahid F. Sarder Saddi hopes that the RAB will be modified or dissolved, removing a power that intimidates citizens to the point of preventing a free and fair election.

Saddi has a track record of political accomplishment that spans a lifetime. He graduated from Penn State University with a bachelor’s and master’s degree and presently resides in the United States.

He served as a foreign advisor to the three-time Prime Minister of Bangladesh, the Honorable Begum Khaleda Zia — a period he regards as the golden days of Bangladesh democracy. He was also nominated as a member of the Bangladesh Parliament’s Pirojpur-1 (seat) constituency without even campaigning. Due to an election that was widely considered to be rigged and corrupt, he did not accept the position.

Currently, Saddi serves as a special envoy of the Bangladesh Nationalist Party-BNP. He is a man driven by the need for change, and his decision to flee Bangladesh for the United States as a result of political exile further fueled his desire to make a good difference in his homeland.

His zeal for restoring democracy in his homeland remains unaffected by his political exile, and he continues to speak for Bangladesh whenever he can. The 50-year diplomatic relationship between Bangladesh and the United States has allowed him to do so freely.

Saddi works in the oil industry and resides in Florida with his wife and children when he isn’t lobbying for his country or contributing his expertise in Washington, D.C.

What makes a good IPO in Hong Kong?

The 2021 Creativity Conference: A Virtual Exploration of Creativity