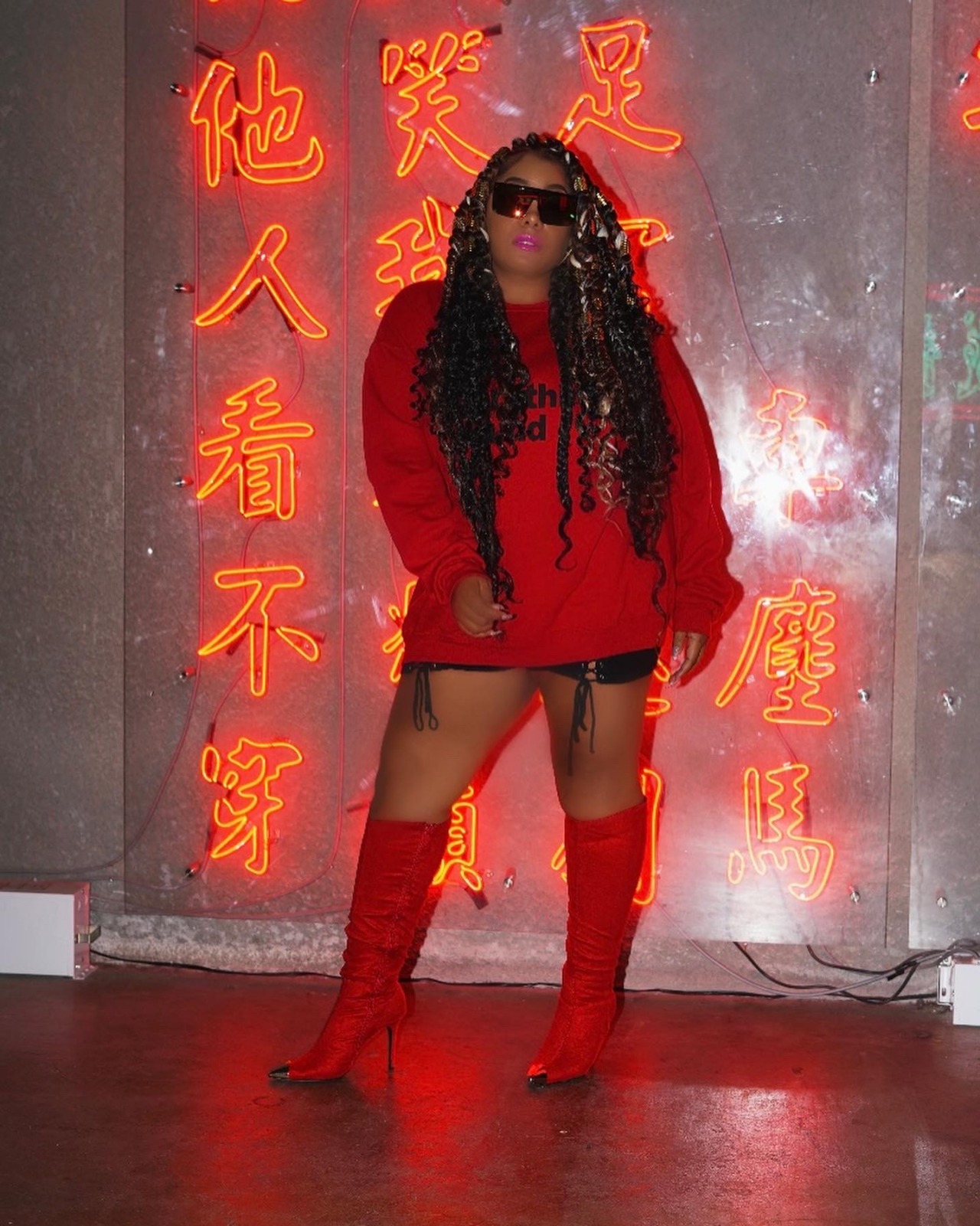 She is a rare breed, one of her kind, and the greatest female rapper to ever grace the music industry; Helecia Choyce who goes by the professional name of SKG- a former Death Row Records female rapper who has a new album dubbed “Unfinished Business” that is out everywhere. She was recently honored with a Gold and 4X Platinum Plaques for her work on the Great rapper Tupac Shakur’s “Until The End of Time” album, writing and performing on the #4 single “Let Em Have It”

She also graced the 2022 Billboard Music Awards in Las Vegas hosted by Sean “Diddy” at the MGM Grand Garden Arena. She is now back with a new 16-track album dubbed “Unfinished Business”- a tribute and dedication to her late brother “Trayveon Choyce” who introduced her to music at a young age; the legacy lives through her!

“Thru My Eyez” is delivered straight from Tupac’s lyrical school of art. No matter how many times you listen to this, it never dies. This is a street anthem and she confirms that the streets made her. “Light skin savage, never been average…” and “We all see the picture but our own vision ain’t the same…” are some of the bars that slap. Her rap lemonade sandwiched between Keith Robinson’s own mellifluous vocals and impeccably complemented by the old-school melodies is exactly why you’ll be listening to this track more than 3 times at least!

She went hard on this one in an exhaustive manner and every track from this lineup is unique, diverse, and sensational- bringing its own emotions and themes on the table and taking a listener on another staggering rap expedition. She features some guest collaborations from artists like; Boosie BadAzz, Paul Wall, Juvenile, Mistah F.A.B and Beenie Man, Mr. Capone-E, AD, Compton, Nicole Collier, Cassidy among others.

“Blame On Me” featuring Nicole Collier is special right from the introductory guitar solos that are followed instantaneously by the deep phased bass effective beats and the chorus section delivered in that nostalgic and classic club R&B vibe as Nicole makes a killing with her voice. SKG then takes over and goes hard albeit in smooth unforced flows that come from somewhere deep. She is raw, versatile, original, and authentic!

“Bad Azz Bitch” brings a gangsta party to within the streets as SKG with fellow artists  Juvenile and Boosie Badazz come armed to the teeth with some rap weapons that cut through this gangsta-rap inflicted and anthemic beat with tremendous precision and legality! This is the type of hard-hitting tune to blast out from your car as you pull to watch your son kill it on that basketball court tournament!

Everything slaps from this album with dynamic tracks like “Run It”, “16 Years Old”, “Break ‘EM”, “Exposure”, “I just wanna”, “Sunshine” and the others that make this album delivered wholeheartedly- a huge testament to the level of artistry she is currently scaling at. She is coming for y’all and soon enough will be hitting the Billboard Music stage- not just as a guest, but as a guest performing artist as she takes the audience in an awe-inspiring and lyrically fascinating rap odyssey with her smooth flows and killer vibes- run it!

“Unfinished Business” is out now on all your favorite streaming platforms. Follow the attached link, block all noise from within a mile and let SKG take over in that inspired rap excellence from the 1st track all the way to the 16th one!

Urfi Javed surprises again by wearing nothing but Chaandi Warq

Anna Shoemaker Releases Debut Album, ‘Everything Is Fine (I’m Only On…

Saina Nehwal appointed as the brand ambassador of Anker Innovations