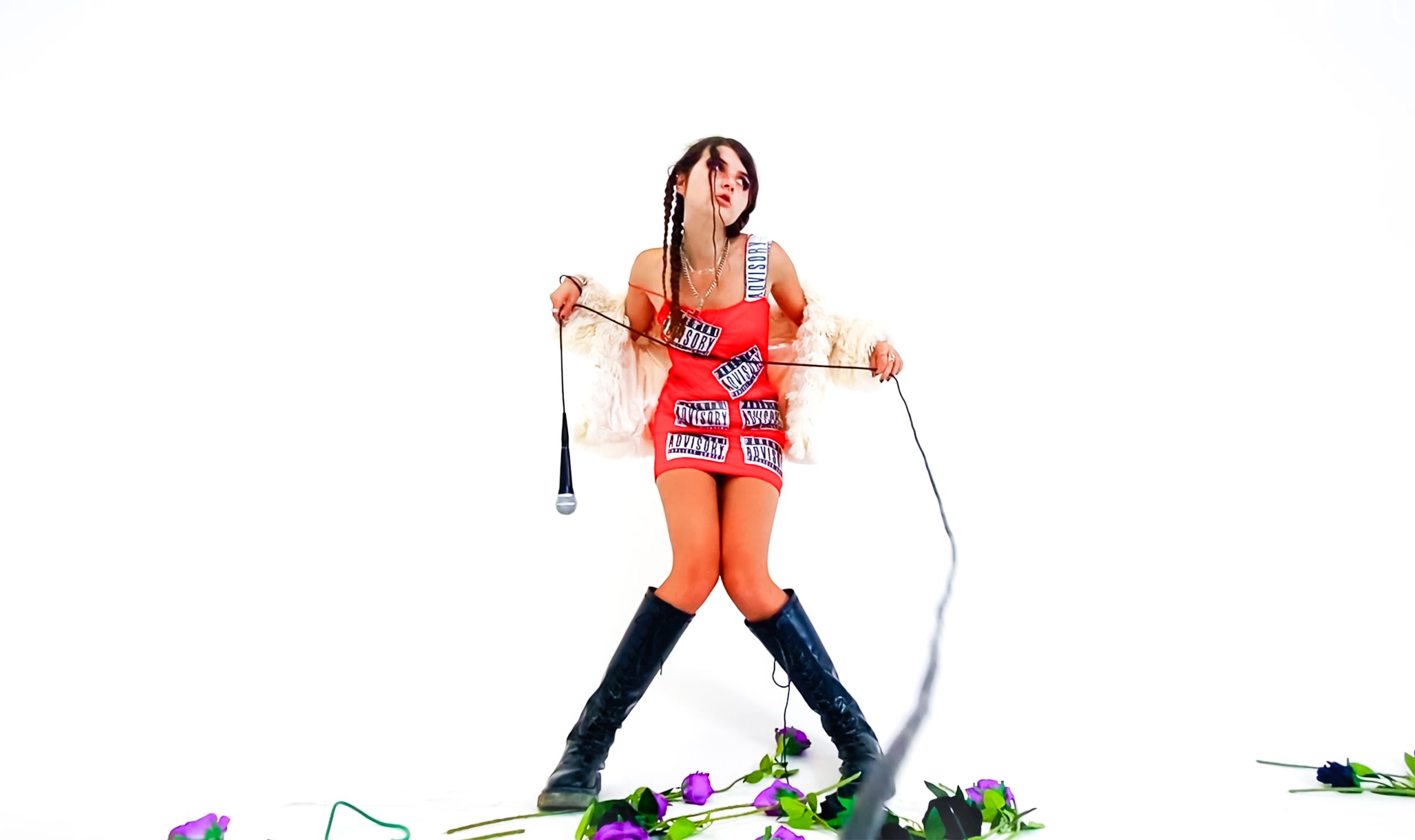 AlienBlaze is a 20 year old mad as hell singer/songwriter and lead guitarist crafting genre-fluid anthems resulting in a fascinating hybrid of everything from dark alternative pop, grunge and emo, to rock and electronic elements. Her dominating presence emits an angsty appeal, encouraging a sense of self-empowerment to her young audience.

In her school years, AlienBlaze spent most of her time at home through sickness, so spent hours and hours learning the electric guitar on her mum’s old guitar, wanting to play like her guitar inspirations Jerry Cantrell of Alice In Chains and Slash. Blaze’s sense of alienation from her peers is what inspired her to add the ‘alien’ part to her name as an artist.

Finding influence from artists like Billie Eilish and Ashnikko to bands such as The Cure, Alice in Chains and Bring Me The Horizon, AlienBlaze has crafted a vision which embodies the spirit of music that has inspired her whilst creating her own completely unique sound.

Having recently signed to Sumerian Records, AlienBlaze is now unveiling a live version of her most popular single to date, “Romantically Dead”. Speaking of the single, the singer shares, “It has a gothic vibe and I was thinking of it in filmic terms, if it was a soundtrack of a movie.” Full of attitude, the song showcases reverberating basslines, raucous guitars and crashing percussion, emitting an almost otherworldly, ominous atmosphere while simultaneously delivering an energetic backdrop to AlienBlaze’s echoing vocals which illuminate the entire track.

Covering topics such as the everyday experiences of a young adult, to more poetic themes including pathetic fallacy and imagery from nature, AlienBlaze delivers her message in a way that allows listeners from all walks of life to interpret it.

Since only uploading her first song to Spotify in 2019, she has received attention from numerous Spotify editorial playlists, garnering hundreds of thousands of plays. She has also had praise from the likes of Oli Sykes (Bring Me The Horizon), Rou Reynolds (Enter Shikari), Grimes and Ellie Roswell (Wolf Alice), as well as from publications including Wonderland Magazine, NOTION and Kerrang!. She explains, “I consider my music to be slightly ‘genre-fluid’ because I take inspiration from many different sources. I like my lyrics to be poetic and different, and hopefully everyone can relate to the sentiment in the songs.” With a name like AlienBlaze, the young musician takes listeners into an undiscovered cosmos, staying true to her ethos of, “I don’t want realism. I want magic!”