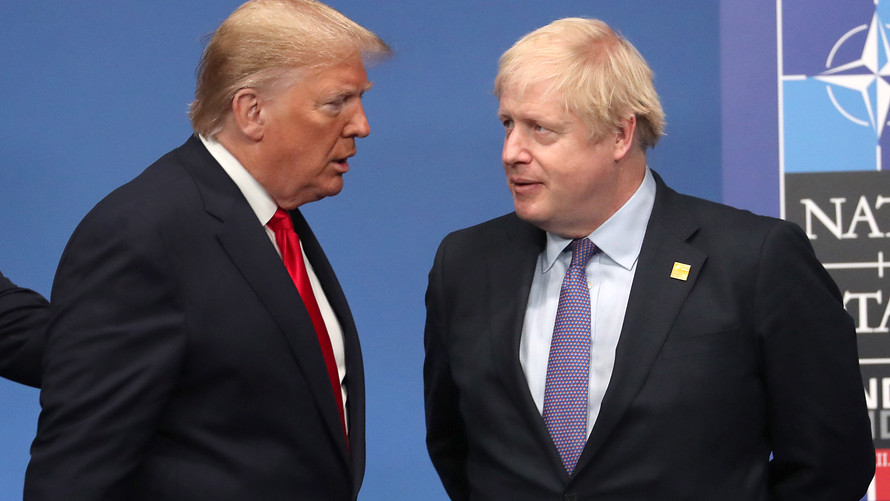 According to reports American President Donald Trump has invited Boris Johnson to the White House for a visit next month following Britain’s expected exit from the European Union and British prime minister’s election win earlier this month.

The White House source told Sunday Times of London “the president has invited British prime minister Boris Johnson with his girlfriend Carrie Symonds to make an official visit to America. Some possible dates have been floated in 2020 mid-January but nothing has yet been officially agreed. However, it is clear that both sides desire to make it happen sometime in early 2020”.

In the British elections earlier this month Johnson’s Conservative Party got a majority of seats, paving the way for the UK’s withdrawal from the European Union on Jan. 31.

Donald Trump praised Boris Johnson for his election victory, saying it opened up the possibility of a trade deal between the United States and Britain.

Donald Trump wrote on Dec. 13 – “Congratulations to Boris Johnson on his great WIN! Britain and the United States will now be free to strike a massive new Trade Deal after BREXIT,”. “This deal has the potential to be far bigger and more lucrative than any deal that could be made with the E.U. Celebrate Boris!”

Robert Pattinson Is the ‘Most Handsome Man in the World,’ According to…