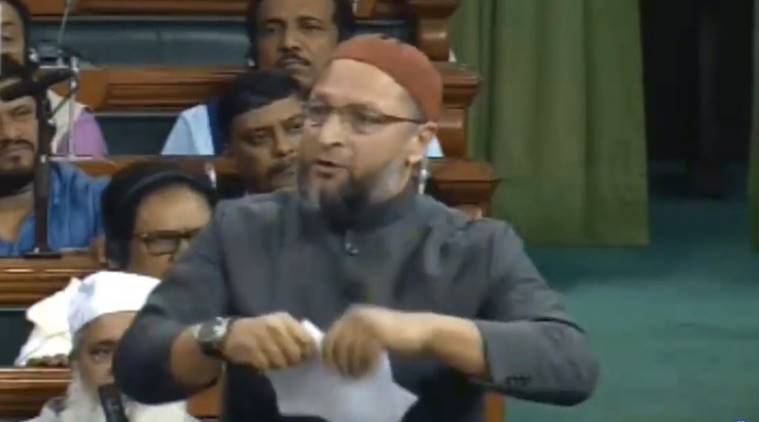 Our honourable leader who has been indulging in harangue, sir Asaduddin Owaisi finds the accommodation of only other sects entry into India as objectionable without giving a second thought to India’s security concern which comes mainly from Pakistan and indirect route of the unemployed, deprived yet belligerent Muslims. Syria’ s condition after ISIS action is enough and glaring proof of the same.

The loving countries did not accommodate Rohingya’ s, and this speaks volumes of how Muslims pretending to be sensitive to other Muslims have not been brave to stand by them except mere vocalising, yet doing just nothing or too less.

India is a secular state where sects of all live happily, and citizens who desire to come to India are welcome, provided they prove that they are bona fide and worth the faith. Unfortunately, sects like Rohingya and ISIS action in Syria, the Taliban in Afghanistan have been contributive to a global mistrust. People living in India, Hindu, Muslims, Buddhist, Christians, Sikhs and many others are deserving of being a citizen, but the new sect of trouble makers – the Rohingya and disguised miscreants are not. Conclusively agreed that Muslims could not be isolated as the only nuisance creating, but the recent history has been a source of apprehension. The violence in states further consolidates and affirms the same.

Indian Muslims which he represents should be his prime concern, yet he bothers about the late exodus of Rohingya’s. Owaisi’s infuriating speech only aims in boiling the blood of youth to blind the wisdom and thus gain the illogical endorsements to his political ambition by pretending to be an advocate of Muslim’s concern. Time we all stop recognising the religion of any, considering it as his personal way of living nothing more and thus forever pinch and burst the balloon of religious discrimination.