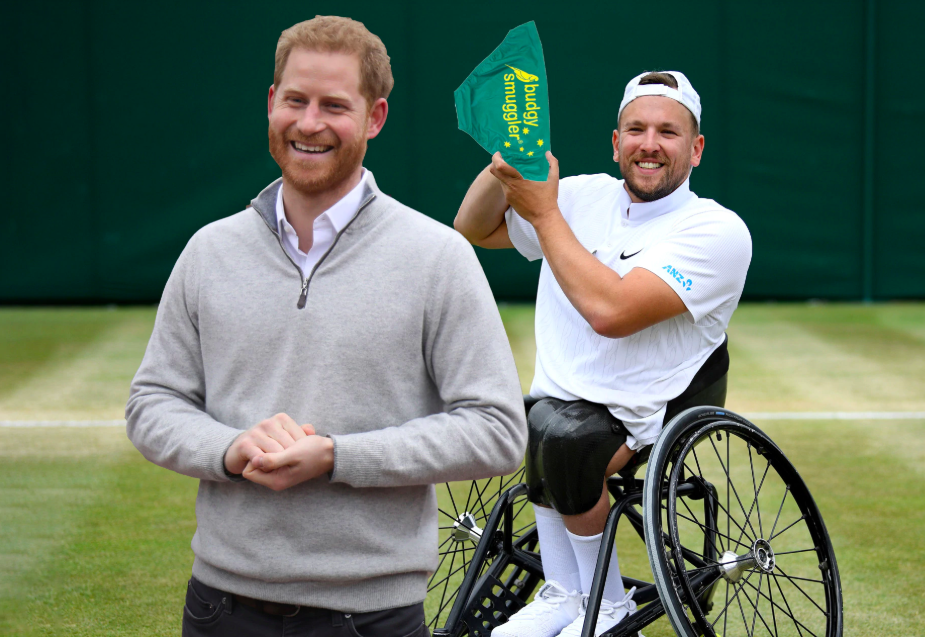 The sixth in line to the throne praised Alcott for his Wimbledon win and for the most popular new talent award at the Logies as well.

Also, he praised Alcott for his work “raising awareness and changing perceptions of disability”.

But the letter then takes a peculiar turn, as the Prince hilariously checks in on his underwear situation.

The letter which prince sent to Alcott reads:

I wanted to pass on my congratulations for your recent win at Wimbledon and your most popular new talent award!

Thank you for the special contribution that you made to sharing the stories of wounded, injured and sick servicemen and women on the Invictus Games Today show.

Your achievements are extraordinary, and the impact you have had in raising awareness and changing perceptions of disability is really inspiring.

I wish you the very best of luck for the future, on-air and on-court!

All the best, Harry

PS – I’m wondering if you wore your Invictus Games budgie smugglers on the big night to accept it? Mine have come in handy in this recent UK heatwave!”