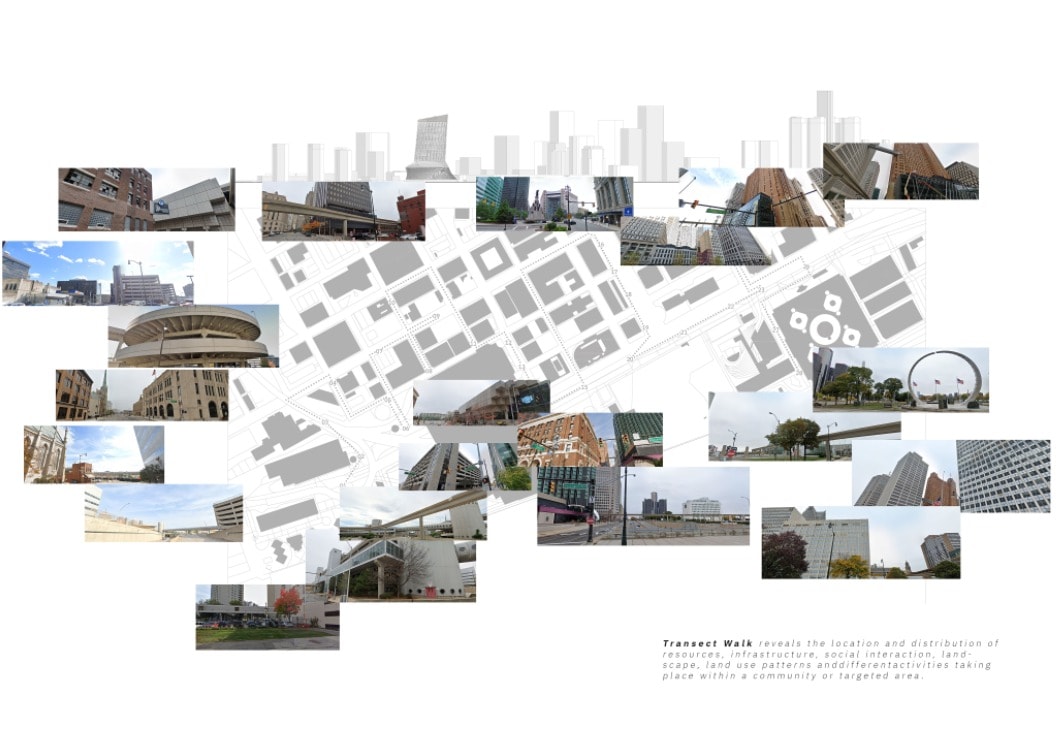 INJ, a Saudi architectural office, received a one-of-a-kind architectural award from global organizer YAC for designing an architectural tower in the American city of Detroit, where the competition topic was Detroit reconstruction. This American city, which was once known as the cradle of American industry for automobiles; we all remember learning about it in geography class when we were kids, is now deserted. It became a ghost village after its residents abandoned it, and no one wants to live there anymore.

Initially, a global competition was established, and many architects from around the world participated in it, but what drew us to this particular architectural project was the strangeness and new architectural idea because the architect Ibrahim Joharji always presents the strange and organic architectural design that he is proud of. We had a quick meeting with the architect to discuss the design elements and how things are going in his town right now.

HELLO IBRAHIM JOHARJI! FIRST AND FOREMOST, WE WOULD LIKE TO WELCOME YOU HERE AND CONGRATULATE YOU ON WINNING THE INTERNATIONAL ARCHITECTURAL COMPETITION WITH YOUR DESIGNS. PLEASE DESCRIBE THE DESIGN AND HOW THE IDEA CAME ABOUT.
Thank you for your interest! At first, we studied the city’s history and the factors that led to Detroit’s demise, and several architectural solutions came to us at the planning level. Still, we were thinking about the architectural solution for the project presented in the place of the competition. I considered how to incorporate organic architecture and add some beautiful arches inspired by ships in order to extinguish a new form of architecture and the skyline of the American city that had lost its allure and through the head of the urban fabric. We discovered that the development must appear from a new landmark.

DO YOU FIND IT DIFFICULT TO EXPLAIN ARCHITECTURAL CONCEPTS, AND WHY DO YOU ENTER ARCHITECTURAL COMPETITIONS?
Indeed, change is always frightening to humans who prefer routine, but change necessitates a pioneer. We see ourselves as renewers of global architecture, particularly in Saudi Arabia, because we have the ingredients for a superior architectural footprint worldwide, and we will contribute to that to spread innovation and ambition. We at the ING office are not ordinary architectural people. We are a global team with higher aspirations! We’re the right people to participate in the competitions, as architectural competitions are meant for those who are creative and want to display their creativity to the world rather than architects who are afraid of confrontation.

HOW IS ARCHITECTURE IN SAUDI ARABIA, AND WHAT ARE YOUR ACCOMPLISHMENTS AS A SAUDI ARCHITECT THERE?
Since 2009, our office has completed numerous local projects, and we eagerly await what the Kingdom has to offer through Vision 2030. We are discovering new places in the Kingdom that we have not seen before, as these are unique opportunities for us as the architect and for the Local growth, as we are no longer solely dependent on oil in the Kingdom. Tourism will be a critical component of the desired economic process. Our forefathers could not have predicted this, but we now have a distinguished administration led by a new emir representing the people. That’s what I mean.

WHAT DO YOU THINK THE FUTURE OF ARCHITECTURE IN SAUDI ARABIA WILL BE?
In Saudi Arabia, the future of architecture is bright and promising. I see that the current generation is far more talented and ready to traverse new ideas in order to bring about reformation in architectural processes, which I believe was lacking in previous generations.