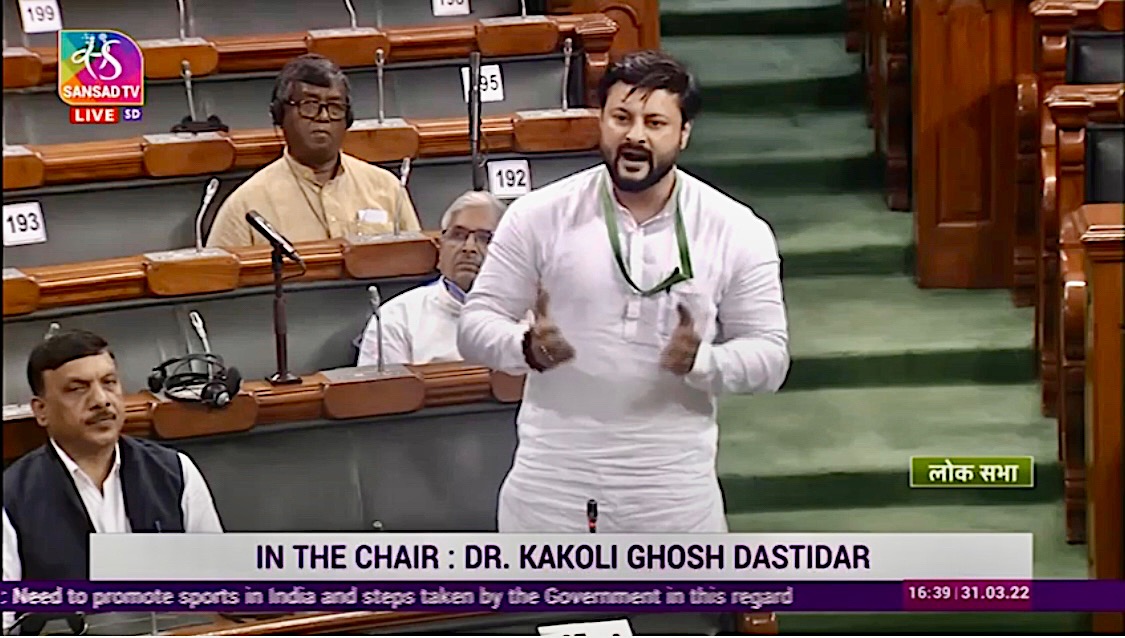 Anubhav Mohanty- Will this young MP from India be breaking world records by empowering 11 Lakh women with self-defense training?

“Mission Prahar – customized training program and world’s most modern, most effective Mitti Martial Arts” – The first of its kind self-defense program for girls will be conducted in Kendrapara of Odisha soon.

This announcement came from a Member of Parliament from Kendrapara Parliamentary Constituency, Mr. Anubhav Mohanty, who, during his speech on Rule 193 under the control of the Ministry of Youth Affairs and Sports, has committed on the floor of the house to train and empower 11 lakh women of his constituency and beyond, with self-protection skills, survival tactics, real-life situational reaction tactics under Mission Prahar program within the next one year.

The women empowerment mission will be implemented and coordinated under the guidance of Legendary Grandmaster Shifuji Shaurya Bhardwaj Sir, the founder of Mission Prahar, and his team supported by Purushothama Sampangi (CIO & Trustee) and Miss Deeksha SS Bhardwaj (Program Director). When completed, the revolutionary initiative shall get into the chronicles of the Guinness Book of World Records, breaking the current record held by China. Also, “On completing the envisioned project in Odisha, the same initiative can be cloned for other states. Our mission is to make women and girls self-reliant, so they do not need any gadgets or men to empower them. Rather, they can protect themselves in any harmful situation with the acquired confidence and skills of self-defense from Mission Prahar Training Program.” said MP Anubhav Mohanty.

According to the National Crime Records Bureau, it is pertinent to mention here that in 2020, there were more than 3,71,503 reported incidents of crime against women, while in 2015, there were over 3,00,000 reported incidents, which is a rise of 24 percent. Even though India has all the necessary laws to punish and prevent crimes against women, like the Criminal Law (Amendment) Act 2013, enacted for effective deterrence against sexual offenses, many crimes against women continue unabated.

There is an urgent need for the country’s education system to incorporate classes on self-defence and sessions on improving the mental capability of young girls by teaching them to be alert, aware of their situation, focus on it, and act quickly and smartly to get out of the situation unharmed. Moreover, women should also invest energy in practicing self-defence techniques using readily available accessories and keeping them handy. Hence, an initiative such as the Mission Prahar Training program, which is the need of the hour, goes a long way in protecting women throughout their lives!

The self-defense techniques in the Mission Prahar training program are developed keeping in mind the real-life situation any girl may face. So instead of fancy and flashy moves seen in movies or sports like Karate, Kung-fu, Taekwondo, Shaolin Kung-fu, and Chinese Martial Arts, the Mission Prahar program imparts real practical training. Mission Prahar training is unique with SRTs- situational reaction tactics, a combination of several unarmed combat techniques drawn from across the world, and Kalaaripayattu (mother of all martial arts of Kerala origin), to get out of the situation unharmed, anywhere, anytime, especially in the Indian context.

Shri Anubhav Mohanty Ji has said that the work order regarding the training program will be issued soon, and the program will be conducted in five phases. In the first phase, two lakh girls will be trained.

When it comes to philanthropy and patriotism, “The Shamsher Foundation”…