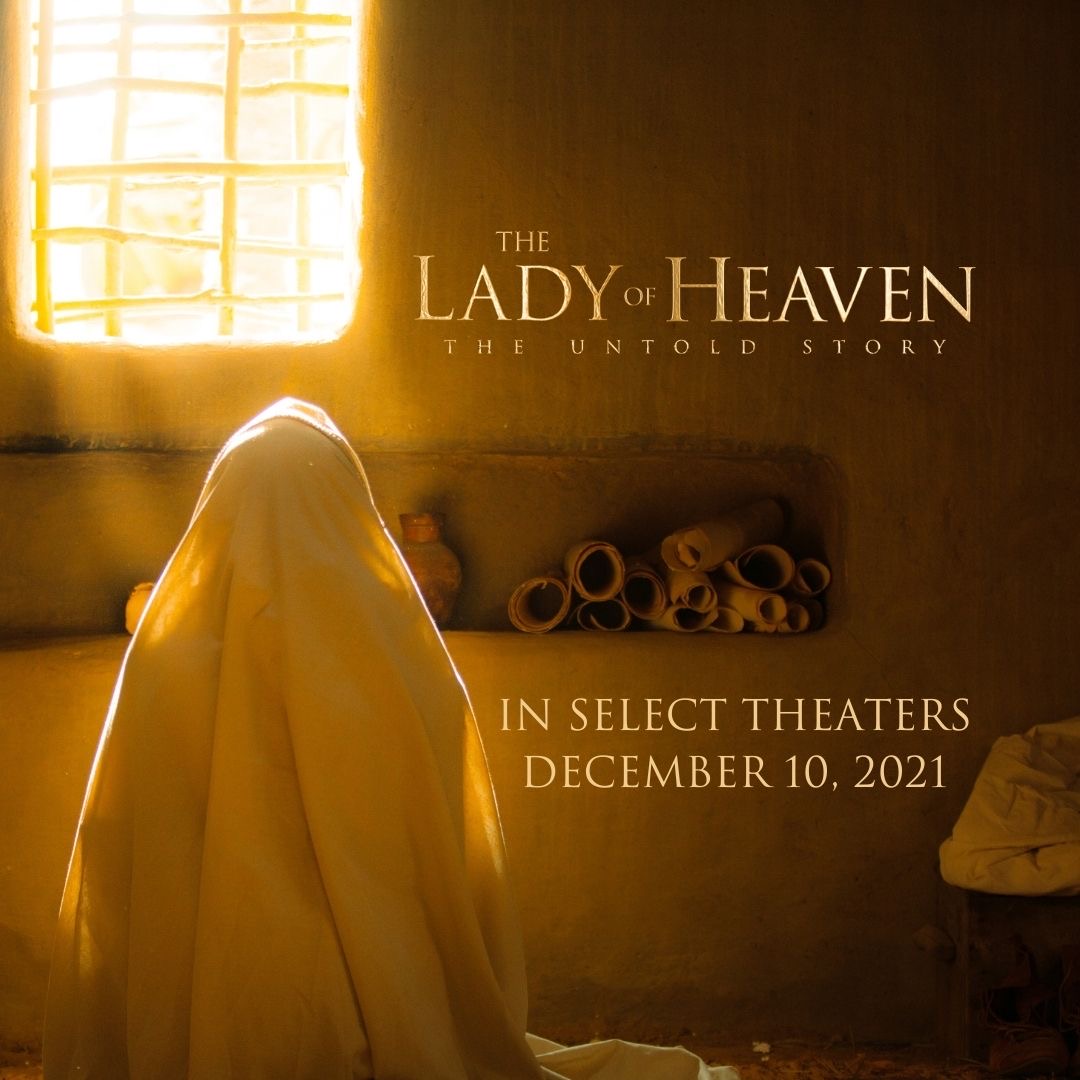 On December 10, 2021, The Lady of Heaven made its theatrical debut in AMC theaters across the states.

While the Enlightened Kingdom was critical in bringing The Lady of Heaven to fruition, Executive Producer Malik Shlibak explains that it was “His Eminence Sheikh al-Habib, who initiated the idea for this production, masterminding the idea as well as writing the story.” Shlibak goes on to say, “Without his in-depth knowledge and research in Islamic History and credibility as an Islamic scholar the film simply would not have been facilitated.”

Though Shlibak notes that while His Eminence Sheikh al-Habib was of vital importance for the Lady of Heaven that there were many individuals who contributed to the successes of the film. Shlibak states, “there are too many names [contributors] to even begin to list! But of course at the forefront would be Producer Matthew Kuipers, Creative Director John Stephenson, Composer Craig Pruess, and Editor Steve Mercer! Their passion and dedication from start to finish blew us away!”

In a recent interview, Shlibak elaborated on why telling Lady Fatima’s story was such a calling for him. “As someone from a Sunni background, I reached a point in my life where I wanted and needed to know more about Islamic heritage. About four years ago I was lucky enough to discover the story of Lady Fatima through the sermons of His Eminence Sheikh al-Habib,” he continues, “From that day onwards I was captured by her nobility and the impact she had on Islam, the Arabian Peninsula and the world at large. Truly a unique Lady who, for me, no other character in history can be compared to.”

The Lady of Heaven, while it is centered around an Islamic figure, is meant for audiences outside of the Muslim community. In fact, Shlibak claims that the film is primarily targeted at non-muslims! Shlibak sums up simply, “The Lady belongs to the world, not just to the Muslims.”

“One of the key motivating factors that led us to create this production was the lack of Muslims sharing the story of The Lady to the non-Muslim world! So many important historical figures from other religions and cultures are put on a pedestal for the world to see, especially if they’re a character the world can learn and gain from. The Lady, for us, has a more impactful and meaningful story than any other! So her story deserves to be heard by the world – they deserve to hear her story.” Shlibak