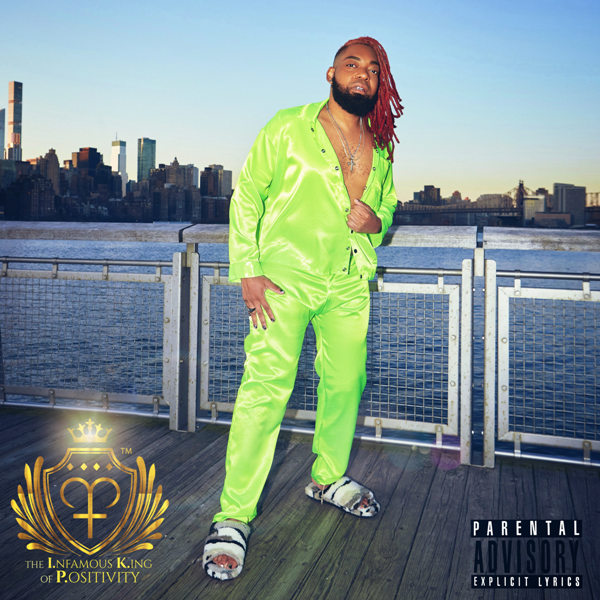 The album includes four “1” s in the title as the rapper wanted to emphasize that it is his fourth solo project. Moreover, 11:11 has special meaning for the rapper because it was released on his birthday, April 1st (4/1/21).

The hip-hop singer created 11:11 when he was in dire need of healing from a number of profound emotional issues affecting his mental health due to which he had to go through substance abuse, depression, and self-harm. He endured trauma from a toxic relationship, homelessness, and PTSD resulting from a sexual assault while serving in the United States military. Creating 11:11 has helped him on his road to recovery and healing.

Through his music, the talented rapper is steadfast in advocating for the everyday experiences of LGBTQ+, Black, and Urban audiences. Speaking about his latest album, I.K.P. said, “It isn’t absolute, but understanding what other Black and Queer men endure, I wanted to share my experience to help others find their healing that isn’t concerned with external pressures.”

I.K.P., aka INFAMOUS KING of POSITIVITY is an NYC-based Musician, Podcaster, Activist, and Military Veteran. After being discharged from the United States Marine Corps, the alternative rapper started creating music. Since then, he has released four solo albums, two mixtapes, and two projects with The AlliYance. The group’s EP, “Introducing…The AlliYance,” was even nominated for Best Urban EP at the 15th Annual Independent Music Awards in 2016.

In a recent episode of the podcast, he interviewed Paperboy Love Prince, a queer artist, and activist who is the first non-binary candidate in history running for Mayor of New York City. The whole episode was solely dedicated to the interview under the Herbal Tea Lounge brand, which is a spinoff dedicated to full-length interviews with luminaries impacting the LGBTQ+ community in a local capacity.

‘Eleven Eleven’ is now available on all major platforms, including Spotify. Follow I.K.P. on Instagram for more information on his upcoming projects.